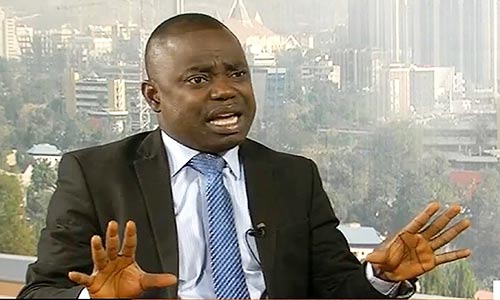 *Says It Is Plain Wickedness That Is Vindictive And Propelled By Crude Vengeance.

A human rights attorney, Mr. Frank Tietie, has condemned the recent resort to DNA testing and public denouncement of the paternity of children born during wedlock. Mr. Tietie, who also doubles as the Executive Secretary of the Citizens Advocacy For Social & Economic Rights (CASER) made his position known via an opinion made available to ‘ASKLEGALPALACE’.

In his opinion, he also noted that in accordance with section 165 of the Evidence Act there exist a presumption, albeit a rebuttable presumption that children born during wedlock belongs to the father of the marriage.

“Let it be known that by our law, in Nigeria, particularly, Section 165 of the Evidence Act, provides that all children that are born during the continuance of a valid marriage between their mother and any man, or within 280 days after the dissolution of the marriage, so long as the mother remains unmarried, the law and the court shall presume that such children in question are the legitimate children of that man’, the opinion noted in part.

Furthermore, Mr. Tietie considered that numerous irregularities could occur during the conduct of DNA testing, and as such, parties must be circumspect when going public with such results, in light of possible human errors, frauds that exist in the systems, as well as manipulation of the system to suit certain desires. Frank also took a swipe at the Delta State High Court Judge who recently announced that a recently conducted DNA test shows that, he (the Judge) wasn’t the father of three of his (now adult) Children.

He noted that the children could Institute a legal action against their father, with the aim of carrying out psychological evaluation on the father as well as requiring the father to prove the authenticity of the DNA test. In a similar vein, he noted that where a DNA results shows that a man is not the father of his minor children, he (the man) is not shielded from providing care and maintenance for such children.

“… Such adult children that are affected by an unwarranted public disclosure of DNA testing results must be quick to institute legal proceedings against such a father. The legal action must first, be to subject the man who made such public disclosure of DNA test results, to some form of psychiatric testing in order to determine his well-being, as to his state of his mind.

“For children that are minors, a man should not think that by obtaining DNA testing results proving that a child or children born within wedlock are not his, would indeed, shield him from providing care and maintenance for such a child or children affected by the results. That cannot excuse him from discharging his parental responsibilities to the children.

To that particular extent, a man cannot profit from his covert or overt marital negligence, in allowing his wife to be involved in extramarital affairs and to effect make it an excuse to negatively affect children (human beings) that are born within a marriage. After all, the children could have been his as a marriage is expected to produce children, by the way. Therefore, such a man must take care of all the children (minors) that are born within the duration of the marriage as specified by Section 165 of the Evidence Act.”

“In addition, the child’s or children’s right to parental care, protection and maintenance is guaranteed by Section 14 of the Child’s Right Act. This right is enforceable against the parents and guardians of all children below the age of 18 years that are born within or without marriage and, cannot be derogated from even by the results of any DNA testing.”