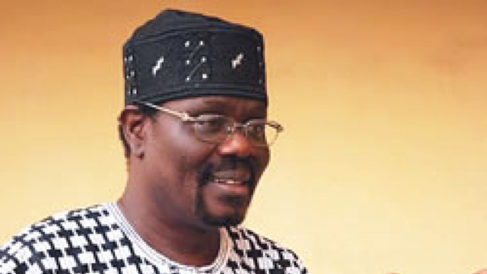 The Convener, Gravitas Group for Good Governance (CGGG), Chief Tola Adeniyi, yesterday, implored governors of the Southern and Middle Belt regions to summon courage and speak out boldly on menace of insecurity that is about to snuff life out of their constituencies.

Adeniyi, in a statement, tasked all the 34 state governors that have kept mute over the insecurity caused by excesses of armed herdsmen and movement of cattle from the North to Middle Belt/Southerner regions for grazing and the need for state and local council police, to endeavour to speak out like Governors Umar Ganduje and Darius Ishaku of Kano and Taraba states.

While Ganduje had during a recent interview condemned the movement of cattle from the North to the Middle Belt and South by the herders, which he ascribed as a major cause of insecurity and conflicts between the herders and farmers, Ishaku emphasised the need for Nigeria to embrace state and local council police.

Adeniyi, therefore, urged Senate President Ahmad Lawan, Speaker of House of Representatives Femi Gbajabiamila and all elected and selected officials throughout the country to commence immediate action based on Ganduje and Ishaku’s positions.”

He said all the elected officials should declare their stand and insist on the immediate restructuring of the security architecture, establishment of state and local council police and more urgently, the immediate non-negotiable mass evacuation of herdsmen from forest reserves in all lands forcefully occupied.

He also said that animal husbandry and all forms of agriculture and farming were personal investments and businesses like carpentry, manufacturing, among others.