Training lawyers on ethics and justice would minimise corruption in judiciary, says Ananaba
Editor
February 2, 2021
4:51 am 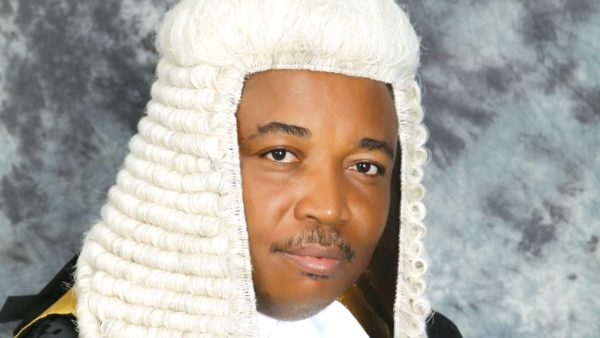 Professor Paul Chibuike Ananaba (SAN) in this interview with Assistant Editor, Law and Foreign Affairs, JOSEPH ONYEKWERE, re-echoes the call for restructuring. Among other issues, he said ethical training of lawyers would help to minimize corruption in the judiciary.

Judiciary is reported to have topped corruption index in 2020. How can corruption be addressed in the judiciary

It begins with the training of the lawyers. There should be standards that must be maintained. If you train lawyers properly, particularly with respect to ethics, and the larger society also begins to value integrity, fairness, due process and rule of law, you will arrive at a better judiciary.

The judiciary should not be divorced from the realities of society. That is where we get it wrong. When you talk about corruption in the judiciary, it comes from human beings who are actually not members of the judiciary. They are either politicians or some other litigants or powerful forces that make judges deliver judgment in some ways or the other. So, if the society does not have a high corruption rate, they will not be thinking of how to buy a judge or by judgment. Then we proceed to talk about the independence of the judiciary. The judiciary is rarely independent. It is mostly independent on paper and since it is independent on paper, problems are bound to happen.

A declaration for judicial autonomy has been made through executive order by the President to ensure that judiciary gets the funds that are due to it. That is commendable, but state governors will not allow that. They are kicking against it. And I am not sure it has been implemented. If you are a chief judge and you need to go to a governor to get approval for your expenditures, will you deliver judgment against that governor? Again, talking about legal practitioners, there are lawyers who bank on a relationship with the judges. That is why we are talking about training. Simply do your case; if a judge delivers judgment and you think it is not right, there is room for appeal.

At least, the Supreme Court is less corrupt. When a case begins at the high court and travels to the Supreme Court after about six years, it will spend perhaps another 10 years at the Supreme Court. Although that loss of time is not corruption in itself, it supports corruption because a party may want to get judgment earlier than 16 years. So, those are the issues.

Many have advocated judiciary reform but the results are barely seen. How do we concretise reforms in the system?

Judicial reform begins from the selection of judges for appointment into the bench. Many people today are made judges in a less desirable manner.  If there is any place where capacity and qualification should be given top priority, it is in the appointment of judges because both life and death are in their hands every day. So, judicial reform will include the nomination and appointment of judges. In some states now, most senior judges, contrary to our tradition, find it difficult to be appointed chief judge. So, when these unnecessary interferences fester, it makes some of our judges so timid that they start to dance to the tune of the government, so as to enhance their opportunity of getting appointed. With the executive order, the judiciary doesn’t need to go to any arm of government for anything. The NJC should be functioning at full speed. Before the head of courts meets the governor or president, the fellow would have been so humiliated that he loses self-esteem. Are you going to give judgment against such person, who you go to for help? If there is a case by the relations of the governor or speaker or commissioner, he calls you for assistance or intimidation, and such calls would affect the justice of that case. Those are the issues!

What is your assessment of the government’s performance in respect of human rights and obedience to rule of law?

We are hopeful that in the states and federal level, the government will continue to embrace obedience to court orders and judgment. That is the hallmark of justice. Because many of those in government today, if they are out of the office and they have any infraction, it is the same court they will run to. So, it is important they realize that the judiciary should be supported. It is an unfortunate situation, but we’ll keep pushing.

Opinion is divided between restructuring and presidency of Igbo extraction. Which do you believe is the best for the country?

Both of them are different, but I believe the country should be restructured. There is just no way we won’t do restructuring and restructuring is important because society is dynamic. We are Nigerians not Americas and we are not bound to practice what America is practising. From 1960 till date, we have done quite a lot and it is important we restructure from the present status. Our founding fathers went for regionalism. I want us to go back to that. Those heroes past, their thinking and philosophy appear to be good and they knew why they went for that form of government and I support it. Let the federating states be the six geo-political zones. If they want to create one million states or local governments, let them create. Each would manage its regions with a common centre. I’m not saying the country should split, we should continue to be one Nigeria with six federating units. Like in the South East, we don’t need five commissioners of education or five governors. One governor is okay. Then the states can become components units. The local governments can become counties. It will reduce the costs of governance and make them more effective. If they want to build a university, it will be good. If they want to build a road, it would be solid. Then, you would have saved the expenses of five governors and multitudes of commissioners and advisers.

Come to the judiciary, each region will have a regional supreme court. It is only matters of national significance that will go to the central Supreme Court. Otherwise, every regional issue will end in the regional Supreme Court and justice would be of higher quality. There will also be regional policing with federal military, currency, immigration and passport. Everybody will now be protecting his region.

National Assembly is embarking on constitution amendment. Do you think the structural defects in the constitution can be amended or more should be the enactment of a new constitution that would accommodate your recommendations?

I think we should have a new constitution along with restructuring. Already, we have had four alterations. It is now time to draft a new one, such that indigenization policy and state of origin should all be scrapped.

What is your reaction to attacks on courts during the #EndSARS protest?

What does the desecration portend for the judicial system?

It was terrible. I believe they were misguided. The court is more vulnerable for the common man. The common man should not be an agent of destruction of the court. Many of them have cases in those courts, where would they get justice? The court under any circumstance, is still the last hope of the common man, so why go against it? I think it was a consequence of misplaced aggression or bottled up anger that was let out at the wrong place. The court is not the problem even though the media sometimes project the court badly.

How does the media project the court badly?

For example, some people are called Supreme Court governors. It doesn’t augur well for the system. We should watch it.

Insecurity has been an issue in recent times. How do you think it should be properly addressed?

We need regional policing. If we restructure, they would work for hand in hand with federal police. A bit of the American system is fine. The military should be central. I support Amotekun. In my native parlance, in those days, they would dig a hole and cover it with grass and mats in a compound.  When a stranger comes to attack them, they know how to run within the compound and lure the aggressor into the trap. The stranger would certainly fall inside the hole because he doesn’t know where the hole is. So if a stranger runs through it successfully, our people will say an insider has given him the information. But with these central arrangements, nobody is really worrying about protecting his environment. So if you have an Amotekun, it will be tough for crimes to be rising because you know one another and care for one another.