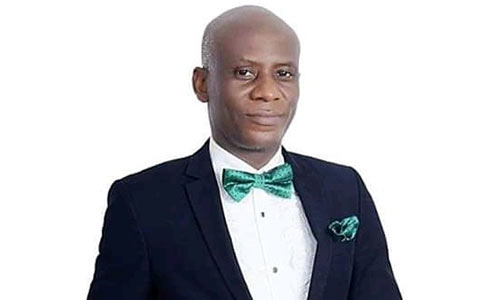 For long i have been resisting the temptation not to comment on the issue of bail money at police stations and the falsity that bail is free but something happened recently that made me to weep for this country. The journey is still far.

I was briefed by my client (about 80 years old) to handle an appeal at Asaba against a judgment of a High Court in Delta State dismissing his claim of ownership of a storey building situate at Udu in Delta State. The record of appeal transmitted and motion for stay pending at the CA.

The Judgment Creditor started harrassing my client and his tenants on the property. The matter was reported at Zone 5, Benin City by my client and parties were urged to await the outcome of the appeal at the CA.

Sometime last month, the judgment creditor rushed to the Area Command, Udu to lodge a false complain of criminal trespass (my clients are still in possession) and the police as usual invited my client and his tenants. I advised them to honour the invitation. My client’s wife, also an elderly woman represented my client. They went and made their statements and guess what, they were told to bail themselves without even any attempt to investigate the statements of my client’s wife and the tenants that it was the petitioner that was harrasing them with thugs to leave the compound and that it is a land matter which is on appeal. I was in Abuja but my junior was there. Trust Nigerians, they paid and bail granted. Some Policemen have been taking advantage of the weakness and fear of citizens to extort money from them. What a country.

Upon my arrival in Warri, i went to see the Area Commander, a nice man and explained to him why it is not a criminal matter and should habds off. Oh i forgot, the judgment creditor had already chased away the tenants from the property and locked all the apartments. The AC promised to do justice and the judgment creditor was arrested and was to be charged to court for malicious damage and conduct likely to cause breach of public peace. The very day he was to be arraigned and i was at the station making arrangements with the police. My client’s wife and some of the tenants were there too.

Suddenly, a call came from Zone 5, Benin City that the case file be transferred to Benin. We all know that with money anyone can write a petition and have a case transferred to anywhere he wants. Benin bypassed State Command, Asaba to investigate a land matter which is in court.

Believing strongly that my client committed no offence, i advised my client’s wife and my junior to accompany the IPO to Benin. I could as well have rushed to the IGP too but that’s not my style.

Upon arriving Benin, the IPO naarated all that happened to one Insp. Ibong and how the judgment creditor used thugs to damage the property and chased away the tenants inspite of the pendency of the appeal. All the relevant statements and appeal documents were in the case file transfered to Benin. The said IPO even condemned, as i was told, what the judgment creditor did and that he will ensure justice is done. He told my client’s wife to make her statement (my client is very old and couldn’t go). My junior also went with a petition too against the Judgment creditor and submitted same to the A.I.G.

After my client’s wife made her statement i started getting calls from my junior. Her tone was full of anger. She is a young lawyer of less than 5 years but very smart and daring. She has been exposed to the corruption in the Nigerian Police Force at her young age. She said that the IPO was demanding for N200k for the bail of my client’s wife. Mind you the petition was against my client, who is very old and couldn’t go. So, my client’s wife was arrested as a proxy and was told to pay N200k for bail by the IPO. I told my junior to give her phone to the IPO, which she did. After exchanging brief pleasantries, i asked him if he actually demanded N200k for bail of my client. The Insp. started shouting that he never asked for money and that he has no reason to ask for money. I told him i will personally report him to the AIG if he dared collect any money from my client. For crying out loud, i was the one that told my client’s wife to go to Benin with the IPO. The facts were glaring that she committed no offence and moreso, the IPO didn’t even deem it fit to conduct any investigation (even till date) before talking of arrest. I told my junior that if the client insists on paying any money she must not get involved. She immediately abstained from the bail negotiation with the IPO. For arresting her alone, the Police has already violated her right to personal liberty because there was no basis for her arrest at all.

I was later informed by my junior that my client’s wife, out of fear, paid the said IPO 20k before she was granted bail that day. My client later called me begging that i should not take the issue of bail money further. That is what some policemen have made of the Nigerian Police Force, not friendly at all. BAIL IS NEVER FREE AT THE POLICE STATION.

The story continues. Regarding our petition to the AIG against the judgment creditor, it was submitted and approved for investigation. My junior told the new IPO in our petition that there is already a sister petition being investigated and that both should be merged together. It was also stated in the petition. Na lie, the new IPO must do his own work. My junior told me that he demanded for N100k to go to Udu and arrest the judgment creditor. I shouted, for what and why must he arrest? The mobile contact number of the judgment creditor is already with the other IPO, Call him and tell him to come over. Period. Is it no longer one office…Zone 5, Benin City? Na lie. I advised my client not to give the new IPO a dime because he could come to Udu and say that he did not see the judgment creditor to arrest. My client, again, seems eager to pay. However, we are now contemplating civil actions.

Regarding the earlier petition, a return date was given and my junior and client’s wife were there on time. The complainant was nowhere to be seen. The IPO, Insp. Ibong told my junior that the judgment creditor/complaintant called him a day earlier that he was sick. What a country. The IPO didn’t even deem it fit to tell my junior not to bother to come to Benin that day. They had to leave Warri for Benin, all expenses borne by my client. What about if something bad happened on the road?

There are many other terrible things that happened but will not state them here until i see the AIG.

We must all recall, that during the last #EndSARS two major institutions were targeted: The Police and the Courts. The Police has not changed a bit. I admit the fact that not all of them are bad eggs but the truth is that the good eggs are very few and most times hardly seen. Is this how we want to run our country? The same corrupt policemen will retire one day and join the bloody civilians, abi? They would then be the ones shouting that there is too much corruption in thr Force forgetting that they all contributed to the mess that the Nigerian Police Force is today.