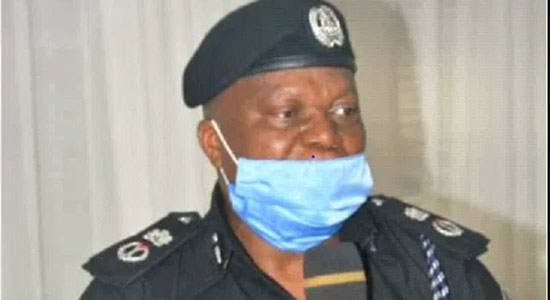 The Ekiti State Police Command has justified the dismissal of an unmarried female corporal, Miss Olajide Omolola, for getting pregnant.

Commissioner of Police, Mr. Babatunde Mobayo, who said this while addressing newsmen in Ado-Ekiti, the state on Thursday, noted that the police acted in the best interest of the Force.

Omolola, who was attached to the Iye Ekiti Police Station in Ilejemeje area of Ekiti State, was dismissed last week by police authorities for getting pregnant barely a year after graduating from the police academy.

Mobayo said that the female corporal flagrantly violated section 127 of the police Act by getting pregnant without marriage, which he said carries punitive measures against any defaulters of the rules of engagement.

He explained the rule and regulation was unambiguous that a woman police must undergo post training experience on the field for at least two years before marriage and three years before childbearing.

Mobayo said: “In police organisation, we have rules and regulations, which are being carried out within the ambit of the constitution.

“The Police officers are not even allowed to keep their children that are above 18 years of age in the barracks. Some of these laws were taught in the police Colleges before we graduated .

“These laws have been there. Some stipulated the number of years you must spend before you get married. If you are in police College, you are not supposed to get pregnant .

“When you passed out, you still need basic trainings and for your attention not to be distracted , you must spend certain minimum of period before you get married for you to perform efficiently.

“The lady in question passed out May, 2020, which is eight months ago and now she is with six months pregnancy.

“The Police Act 2020, which is undergoing amendment in the Senate has not repealed that. She had contravened Section 127 of the police regulation.

“What some people talked about that her fundamental human rights had been trampled upon and that women should not be discriminated against while also saying the law has been repealed were not true. The regulation is still in place”.

Contrary to the widespread belief that the provision has been repeal, Mobayo clarified that the Police Amendment Bill 2019, which was brought and sponsored by Senator Uzenwa Onyebuchi at the Senate has not been passed, saying it has only scaled through first reading.

“The amendment being sought has not been done neither had the bill get presidential assent . It has just been referred to the Senate Committee on Police Affairs for further scrutiny. Aside the foregoing, the amended Police Act is different from police regulation”, Mobayo clarified .

The Police boss stated he had been a Commandant in one of the Police Colleges before becoming a CP, saying he handled several cases akin to this with victims dismissed, having flouted the law, saying this could not have been treated as an exemption .

“I felt for that lady, though I never saw her before. We saw the medical report and we did due diligence on her case.

We can’t shy away from the oath of office we took, but the IGP can still reverse whatever we do on the field.

“About 300 policewomen were graduated here last year. How would the public feel if they see all of them pregnant in less than a year? It will look ridiculous. We are not the drafters of the rules, we met them there.

“All these disciplinary actions are what made us to be able to control our men. No Police Constable is underaged and they should be able to know what to do not to get pregnant within the time prohibited by regulation”.