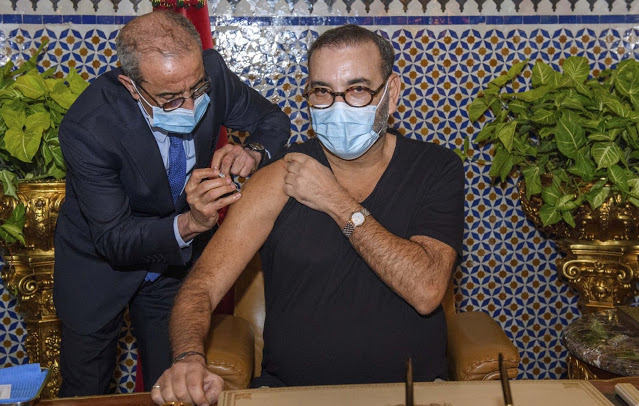 Morocco’s King Mohammed VI received a vaccine against the coronavirus on Thursday, the palace said, as the North African kingdom launched its nationwide innoculation campaign.

The palace released a photo of the monarch, 57, raising the sleeve of his t-shirt to receive the jab at his residence in the city of Fez.

It did not say which vaccine he received, but it added that Morocco’s nationwide vaccination campaign will “roll out progressively and in tranches, reaching all Moroccan citizens and residents aged 17 and over” — some 25 million people.

The injections will be free to all, aiming “to immunise all sectors of the Moroccan people… with the goal of progressively returning to normal life”, the palace said.

A country of 35 million people, Morocco has registered nearly half a million cases of the Covid-19 illness and 8,224 deaths, battering the country’s economy and forcing a renewed curfew from December 23.

The virus has ravaged the densely populated cities of Casablanca and Sale, near Rabat.

The kingdom said last month it had ordered 65 million doses of AstraZeneca’s vaccine as well as doses of the vaccine developed by the Chinese firm Sinopharm.