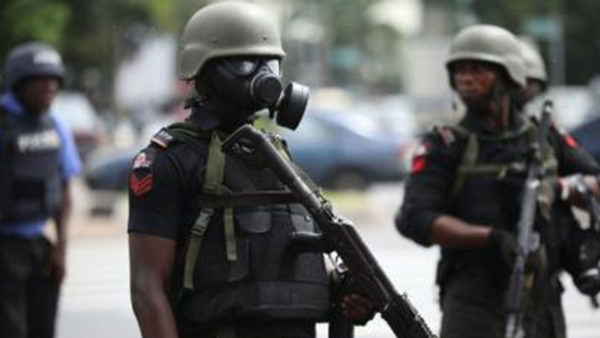 The Police command in Niger says it has arrested 12 suspects over armed robbery, unlawful possession of firearms and possession of 13 locally fabricated guns in different parts of the state.

Abiodun said that police operatives attached to Sarkin-Pawa division on Jan. 21, at about 1930 hours, arrested three suspects with eleven locally fabricated guns at Sabon-gari area of Sarkin Pawa which were concealed in a bag of sawdust.

During interrogation, he said, one of the suspects claimed to be a member of the vigilance group at Gwagwada Chukun Local Government Area of Kaduna State, and that he contracted one Titus Ishaku, a welder, to fabricate the eleven guns for him at the rate of N3,000 each.

Similarly, the PPRO said, police operatives attached to Agwara division while on patrol along kasabo/Agwara road, on Jan.20 at about 1000 hours arrested one Alex Yohana of Shanga Local Government Area , Kebbi.

He said during interrogation, the suspect confessed to have bought the guns from one Bamaiyi Ribba of Ribba, Danko Wasagu Local Government Area of Kebbi at the rate of N 20,000 each.

And on Jan.9, Abiodun further said, at about 0300 hours, Police/vigilance operatives attached to Maikunkele division while on patrol along Maikunkele-Zheko road, arrested four suspects.

” The suspects were arrested with fourty one pieces of vandalised rail tracks loaded in two Hijet pick-up vans with registration number XG 668 AA and RSH 742 XB.

During interrogation, he said, one of the suspects, Adamu Abdullahi, confessed to have bought the rail tracks from one Hussani presently at large and contacted Ojo Okuo who cut the rail tracks into movable sizes,

“Ahmadu Sa’adu and Rabiu Yunusa were conveying the tracks from Jangaru village to Kasuwa Gwari Market Minna with the said vehicles,” he said.

The PPRO also disclosed that police operatives attached to Kpakungu division while on patrol along Kpakungu-Bida road, on Jan.21, at about 2300 hours arrested four suspects at Lagos park, Kpakungu,

” The suspects were searched and one knife, one itel S13 phone and a pincher were found in their possession.

” Preliminary investigation revealed that the suspects robbed a victim of the phone at Sauka-Kahuta area Minna,” he said.

He said that all the suspects would be charged to court as soon as investigations were concluded.