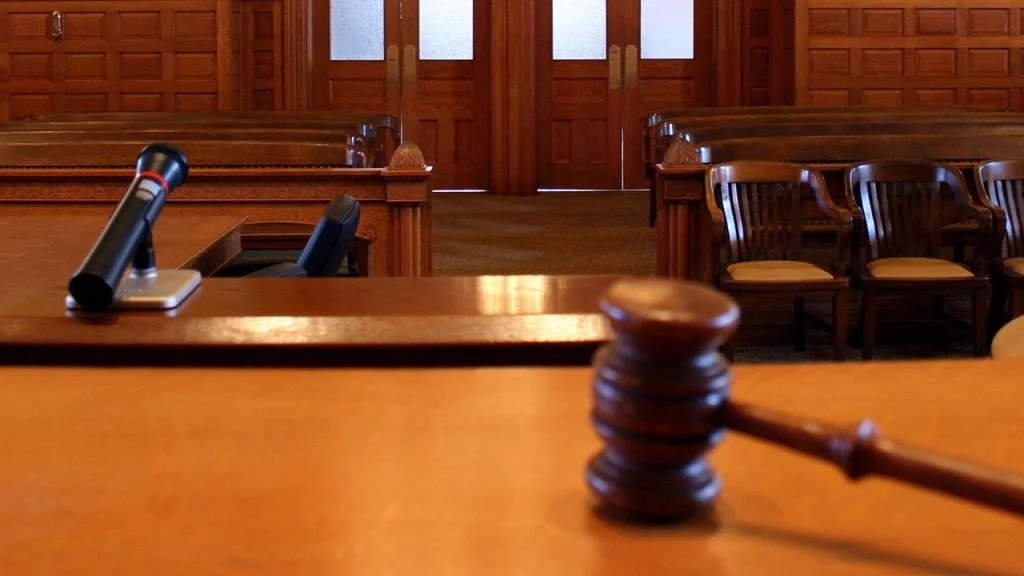 The Police on Wednesday arraigned a 45-year-old man, Ibironke Peter, before an Iyaganku Chief Magistrates’ Court, Ibadan, for allegedly defrauding a man of more than N4.1 million.

NAN reports that the defendant of no fixed address is standing trial on a two-count charge of obtaining by false pretence and stealing.

The Prosecutor, ASP Amos Adewale, told the court that Ibironke had on March 5, 2020, at Dugbe area in Ibadan, allegedly obtained the sum of N4, 187, 000 from one Afolabi Abayomi.

Adewale said, “the defendant was alleged to have obtained the sum of money under the pretence of converting the money to Russian Rubbuis which he refused to do.

“Ibironke was alleged to have stolen the sum of N4,187, 000 property of one Mr Afolabi,” Adewale said.

The defendant pleaded not guilty to the charges against him.

The Chief Magistrate, Mr Emmanuel Idowu, granted the defendant bail in the sum of N500, 000 with two sureties in like sum, and adjourned the matter until March 9, for hearing.

A man using fake bank alerts to defraud traders in Adamawa State has been nabbed.

The state Police command explained to DAILY POST on Wednesday that the man, Madu Afaf of Viniklang in Girei Local Government Area, specialises in buying goods from sellers claiming he has no cash but will pay from his bank and goes ahead to send an alert to the trader.

According to the State Police Public Relations Officer (PPRO), DSP Suleiman Nguroje, the trader would realise when the man has disappeared that there is no monetary deposit to match the alert received.

Our correspondent reports that this is a novel line of crime in an Adamawa State troubled by kidnappers and young criminal elements termed Shila Boys whose stock in trade is using commercial vehicles to pick passengers and dispossessing the passengers of their belongings, especially handsets.

For Madu Afaf, knowledge of technology comes handy, and he skillfully employs it to make easy money for himself, until his very last act.

The State PPRO indicated that Madu’s game exploded and landed him in the police cell he occupies today after he bought cement from a dealer and ‘paid’ with the same fake bank alert.

“He bought 20 bags of cement worth N76,000; collected N4,000 cash from the dealer to transport the cement from the dealer and sent an alert of N80,000 which the dealer confirmed receiving on his phone.

“But when the man went to the bank, he found no deposit. He alerted the bank and bank officials checked and said there was no such transaction. It was at that point that the man reported to the police and we were able to trace the suspect using our own technology,” Nguroje explained.

The police image maker said the suspect has confessed to have been duping people in like manner, and advised Nigerians on the need to be aware that criminals know so much technology which they are applying to swindle innocent citizens.

CONTINUE READINGMETROMy abductors sold me to other gunmen – NIS Spokesperson, Bridget Esene narratesPublished 3 hours ago on January 27, 2021By Annie Nwosu

The kidnapped spokesperson of the Edo State Command of the Nigerian Immigration Service, Mrs Bridget Esene, has narrated her ordeal in the hands of her abductors after her release.

Recall that Mrs Esene was kidnapped by five armed men who trailed her to her church at Ikhueniro, a community in Benin City on Sunday, January 24.

Following her kidnap, the Police swung into action to secure her release from her abductors.

However, the Spokesperson of the Edo State Police Command, Chidi Nwabuzor, on Tuesday said Mrs Esene was released at about 4 pm.

Nwabuzor failed to state if any ransom was paid for her release.

Speaking to newsmen, Esene narrated how she was abducted at gunpoint by the kidnappers and sold to another gang.

According to her, she was taken to the forest where she was handed over to another set of abductors who took her deeper into the forest.

“I was forced into the car and driven out of the church premises by the five gunmen who later sold me to another set of kidnappers who are suspected herdsmen.

“The armed men later took me into the forest and some other hardened kidnappers were on ground to receive me.

“I was sold to another set of gunmen who then took me deeper into the forest,” she said.