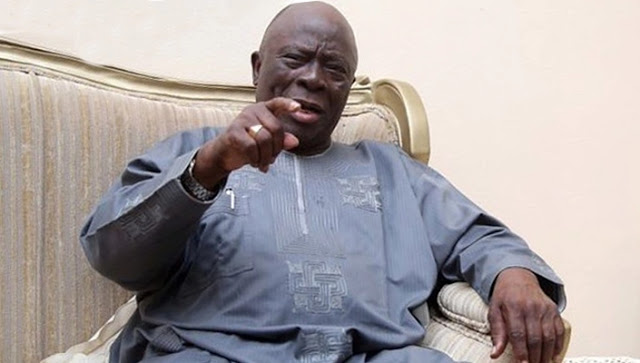 A leader of the Yoruba socio-political group, Afenifere, Chief Ayo Adebanjo, says the 2023 presidential election is not feasible until there is a change in the constitution of the Federal Republic of Nigeria.

“I don’t see the practicability of an election in 2023 without a change of the constitution with all the inequities and iniquities in it,” he said when asked of the criteria for Afenifere to back any presidential candidate in the coming election.

Adebanjo spoke on Wednesday with newsmen.

The Afenifere chieftain argued that no good thing can come from the regime of the President, Major General Muhammadu Buhari (retd.) until the restructuring of the country.

He said the president has his personal agenda for not wanting to restructure the country despite overwhelming clamour for it by the people of the South-West, South-East and the South-South geopolitical zones.