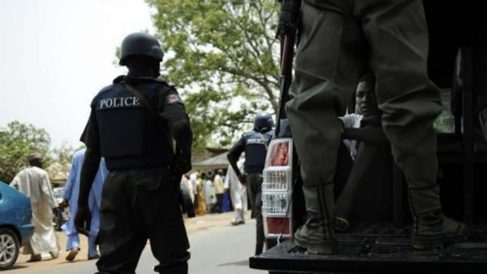 The intelligence gathering embarked on by the Taraba state police command, shortly after the gruesome murdered of the Ardo-Kola council chairman, Salisu Dovo last Sunday, was said to have led to the arrest of some of the suspects.

The four suspects arrested, who are in police custody, were said to have all confessed to have committed the crime.

Briefing journalists in Jalingo on how the suspects were tracked down, the Police Public Relations Officer (PPRO) David Misal, said “in our efforts to ensure that the perpetrators are brought to book, we immediately embarked on intelligence gathering” which according to him yielded positive results.

Though one of the suspects as made known by him died while receiving treatment on a hospital bed after the villagers attacked him while trying to escape from the village, the police have however assured the public that none of the perpetrators will escape.

He said the “top vital secrets” revealed by the suspects are “greatly assisting the police in the investigations.”

“As I am talking to you now, a total of four persons have been arrested and are being questioned to know their level of involvement in the incident,” Misal said.

“It will also interest you to know that out of the four, one is now late and that occurred immediately we received information that someone suspected to be involved in the kidnap and subsequent killing of the local government Chairman was seen in a particular location in the bush.”

“When officers were deployed for the mission, they discovered that the villagers mobilized too and went after him, descended on the deceased and beat him to stupor.” He added that “the suspect however could not survive the injury he sustained from the mobs.”

The police spokesman said the villagers had vowed to use all legitimate means to assist the police in fishing out all persons involved in the killing of the LG chairman.

The late council boss was on Sunday gruesomely murdered by unknown hoodlums shortly after been abducted from his Jalingo resident which is directly located opposite the police mobile barrack situated in Sabon-Geri area of Jalingo metropolis.