Cause of fire outbreak in Sunday Igboho’s house to be investigated — OSFS, Oyo State Fire Service
Editor
January 26, 2021
11:28 am 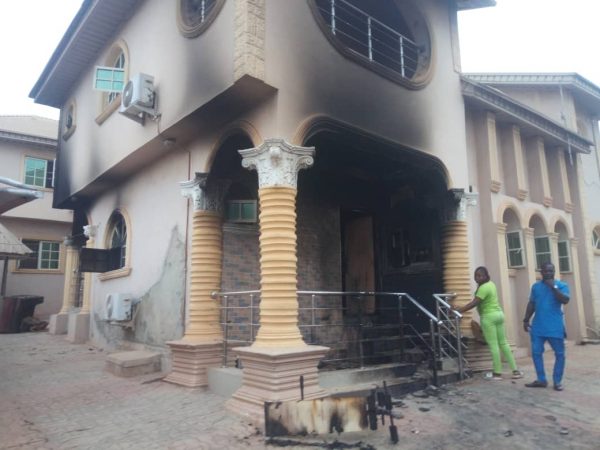 Director of Operation Oyo State Fire Service Adeleke Ismail says investigations will be done to ascertain the cause of the fire incident in one of the houses in Ibadan of Chief Sunday Adeyemo, also known as Sunday Igboho, on Tuesday morning.

In an interview, Ismail noted that although no life was lost in the incident, property worth a lot of money were burnt.

The house, located in Soka area of Ibadan, was reported to have caught fire in which the waiting room and the corridor of the building were affected.

As at the time of filing this report, Ismail said that the cause of the fire could not be ascertained.

He confirmed that the firefighters from the Oyo State Fire Service arrived in the scene few hours after the incident was reported to the station and quelled the inferno.

He also said some property items such as television and air conditioner sets, among other personal effects, were destroyed.

However, the Police Command in Oyo State, said that hoodlums set the house on fire.

The command’s spokesman, CSP Olugbenga Fadeyi, confirmed that the command also received a report on the incident.

Adeyemo (Igboho), popularly known as Sunday Igboho, recently gave a seven-day ultimatum to herders in the Ibarapa axis of Oyo State to leave the area.

He alleged that herders have been responsible for the killings and kidnappings of the residents of Oke-Ogun and Ibarapa.

But Gov. Seyi Makinde of Oyo State insisted that the herders were not responsible for the insecurity.

Adeyemo later invaded Igangan community in Ibarapa axis of Oyo State on Jan. 22, resulting in a clash in the community.