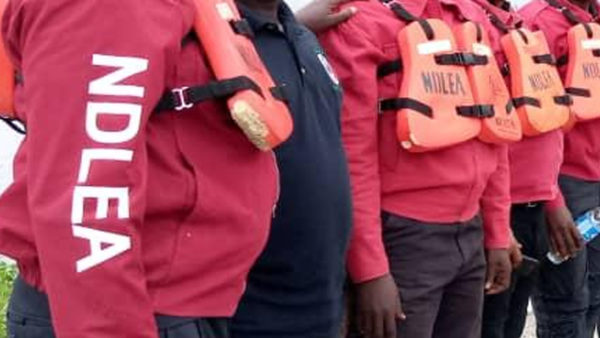 Brig. Gen. Buba Marwa (Rtd), Chairman of the Agency said this during a meeting with l of the 36 states, FCT, and special commands on Monday in Abuja.

Marwa said that he would soon propose to the government the necessity for drug tests for all tertiary institutions resuming students.

He added that the test would also be conducted for National Youths Service Corps (NYSC) members, new workers, all security agencies, new recruits, and random tests for government appointees.

“NDLEA is ready to help and we must help. The success we make of this particular task goes a long way to determine the socio-economic stability of the nation.

“We need not be told of the nexus between drug use, crime, and criminalities.

“The exponential growth of the nefarious drug activities can be directly linked to the upsurge in crimes such as insurgency, terrorism, kidnapping, cultism, political thuggery, gangsterism, rape, and other maladaptation bedeviling today’s Nigeria, ” he said.

The NDLEA boss said he would put more effort into drug demand reduction as part of plans to eradicate the scourge in Nigeria.

Marwa tasked all commanders to be desirous of keeping drugs out of Nigerian streets and homes saying that they all must shape up and get all those engaged in the nefarious business to face the music.

He expressed his determination to run with the National Drug Control Master Plan (NDCMP) saying that the toll free call centers and helplines would soon be set up for the use of Nigerians ready to give information or seek intervention from the agency.

“Ours is a national assignment. Drug has littered everywhere; every community. We will lead the fight and we will succeed. Make no mistake about it, it is a collective effort.

“We will equally devote a lot of efforts to prevention, treatment, and aftercare and focus on family and parenting, community, school systems, advocacy to all groups.

“This will be through traditional institutions, religious bodies, media, NGOs, CSOs, State and local governments among others. We will rehabilitate our rehab centres, make them functional while more will be built.

“And I need results from now on. Our maxim will be offensive action. This means we must go all out constantly on the offensive against the bad guys, ” he said.

Marwa warned the unbending drug crime perpetrators saying that it was high time they embraced another trade as their game was up.