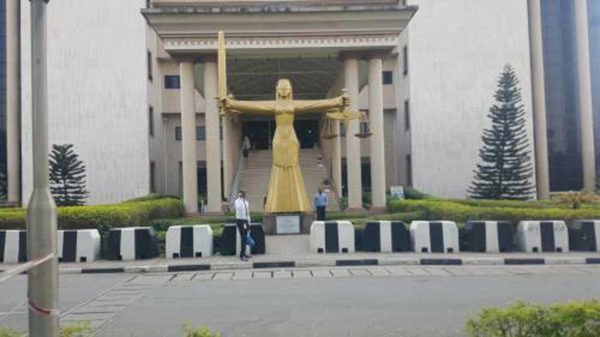 Activities at the Federal High Court (FHC), Abuja, was on Monday, paralysed over the death of Justice Ibrahim Watila of the Abeokuta Division in Ogun.

The news about Watila’s death filtered out at the Abuja Division of the FHC early in the morning as court workers, lawyers and litigants came in for the day’s business.

Most of the judges did not sit due to the unfortunate event to honour their departed colleague.

NAN reports that Justice Watila on Dec. 4, 2020 in a judgment, held that provision of legal services are essential services.

Delivering the judgment in suit No. FHC/AB/FHR/57/20 between Olumide Babalola and the Attorney General of the Federation, the court held that having stated this, I have no choice but to firmly hold that Article 1(7) of the COVID-19 Regulation is plain and unambiguous as to what are and what, not essential services is. Legal service with the context of the Regulation is essential service”.

NAN reports that the news of the passing, affected many court sitting, including the trial of a former Minister in the President Goodluck Jonathan-led government, Tanimu Turaki before Justice Inyang Ekwo.

The News Agency of Nigeria (NAN) reports that Turaki, the Minister of Special Duties and Inter-governmental Affairs between 2013 and 2015, is facing money laundering charges involving about N854 million.

He also served as the supervising Minister of Labour from 2014 to 2015 in the same government.

The EFCC had, on May 4, arraigned the ex-minister alongside his former Special Assistant, Sampson Okpetu, and two firms; Samtee Essentials Limited and Pasco Investment Limited, on 16 counts of money laundering.

Turaki and Okpetu pleaded not guilty to the charges, the anti-graft agency alleged that the defendants used the companies to launder funds totaling about N845 million stolen from the two ministries where the minister held sway under the then administration.

The trial of the Convener of #RevolutionNow Movement, Omoyele Sowore and his co-defendant, Olawale Bakare, before Justice Ijeoma Ojukwu was also stalled.

The duo are being tried by the Office of the Attorney General of the Federation (AGF) on offences bordering on treasonable felony.

Besides, the trial of Faisal Maina, the son of Abdulrasheed Maina, the former Chairman, defunct Pension Reformed Task Team (PRTT), could not proceed before Justice Okon Abang.

Faisal is being tried by the Economic and Financial Crimes Commission (EFCC) alongside his father on money laundering charges.

While Turaki matter was fixed for Jan. 26 for continuation, Sowore and Faisal’s matters were slated for Feb. 4 respectively.