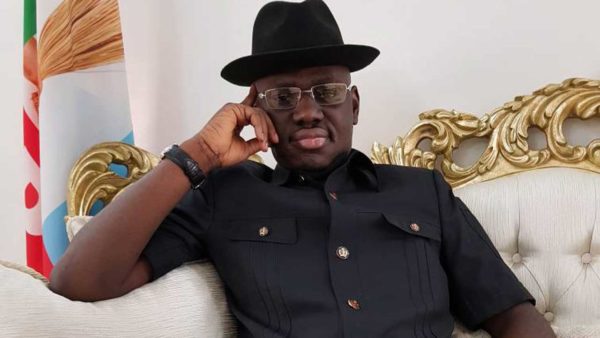 Mr Timi Frank, former Deputy National Publicity Secretary of the All Progressives Congress (APC), has called on the U.S. President, Joe Biden to take a stronger position against corrupt Nigerians and politicians.

Frank, who made the call in a statement on Monday in Abuja, also urged Biden to help fight the security challenges in the country.

He called on the American president to help Nigeria apprehend and ban looters of the country’s collective patrimony, now searching for safe haven to hide their ill-gotten wealth.

The former spokesman, therefore, called on Biden to take a stronger interest in Nigeria by helping her to build stronger and better democratic institutions.

Frank commended Biden for acknowledging and appreciating the role played by a Nigerian family over his victory, adding that such appreciation signaled the beginning of a cordial relationship between Nigeria and America.

He said that the phone call showed that Biden had the interest of Nigerians and by extension Africans at heart.

Biden had earlier made a phone call to a Nigerian family in which he appreciated the role played by Nigerians in his poll victory and his eventual inauguration as President.

He called on Biden to support Nigeria in its quest to conduct free, fair, and credible elections in 2023.

Frank congratulated Biden and his Vice President, Kamala Harris, for their electoral victory which the American people validated through the nation’s vibrant and resilient democratic institutions.

Frank expressed confidence that the duo would further strengthen American democracy and lead the country to combat official lawlessness.