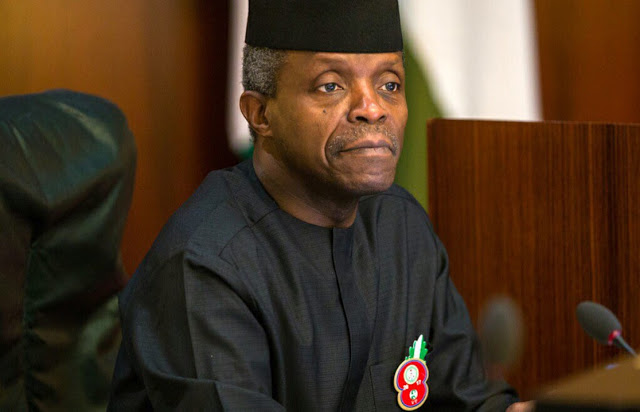 In this edition of Law & Human Rights, we sought the views of lawyers on what the federal government must do differently this year to ensure that citizens enjoy the impact of good governance and rule of law.

Former president of Nigerian Bar Association, NBA, Olisa Agbakoba, SAN, believes that the only path to ensure that the country’s ailing economy is revived is for the federal government to implement radical policies.

He also suggested a review of the bank lending rate to boost economic activities.

He said; “My advice is that the federal government should implement economic policies of a transformational nature to radically impact our sagging economy by major fiscal expansion and quantitative easy in particular lending rates must be adjusted to single-digit so as to explode economic activity.”

Foremost litigation lawyer, Chief Solo Akuma, SAN insists that for an effective and efficient justice system; more judicial officers should be appointed to handle the high number of cases coming to the courts.

He said: “ I would want Federal Government to appoint more Judicial Officers at all the levels of courts. This will go a long way to decongest the cases in our courts and quicken the administration of justice."

He said; “I think for me the most important is the issue of internal security. I feel the government has failed for not doing much in this regards. I suggest the three tiers of government need to come together to strategize on the best way forward. It is the responsibility of the government to protect the life and prosperity of her citizens. A situation where citizens cannot move around the country without fear of kidnapping, Boko Haram, armed robbery etc leaves much to be desired.”

Disregard for rule of law must stop — Quakers, SAN

According to Norrison Quakers, SAN, the current government notoriety of disregard for rule of law must stop if the country must make any meaning progress in 2021. Insisting that Nigeria’s problem is not inadequate laws, but lack of obedience especially by the government, Quakers said:

“We have enough laws covering every conceivable area of business, commercial, environmental, governmental and citizens conduct and obligations. Above all of the laws, regulations and statutes is the Nigerian constitution, which has donated powers to the three tiers governmental architecture and structure.

“What should change; is the flagrant and brazing disregard to the rule of law, subjecting supremacy of the law, to supremacy of the people in government or the privileged or elitist Corp. Build and empower justice delivery and administering institutions beyond the control of the executive.”

Former Lagos State Solicitor-General, Lawal Pedro, SAN opined that the country’s problem is systematic and only a restructuring of the system of governance can turn things around.

According to him, “There is need for a total change from the current system of governance which is static with no future ambition to a more dynamic and progressive system that will address the needs and concerns of Nigeria. Therefore in my view what the government needs to do is to restructure the system of administration or governance.

For example, why should the Judiciary not be restructured to ensure that cases in different level of courts are concluded within 12-18 Months? “Why should the banks that give less than 7 % interest on savings charge 21% for loans. The economy, education, health, banking, power transportation and other sectors need total restructuring for the country to make significant progress in 2021 and beyond. This will go along way and less expensive to address the security challenges in the country.

Obsolete laws should be reviewed — Omodele

Activist and Human rights lawyer, Yemi Omodele points out that some laws in the country are obsolete and should be reviewed this year. “It is no news that some of the laws and or legislation in this country are obsolete which should be overhauled vides amendments or passage of new ones to cope with the changes in the society in terms of development and/or technology. Litigants and their counsel take the advantages of the weak or obsolete laws to get out of Justice. The legislators should do the needful about it. They should stop deceiving Nigerians about workloads,” he said.

Govt must be accountable to the people— Erugo, SAN

Prof Samson Erugo, SAN: said, ”Obedience to, and ethical observance of rule of law by Government at all levels, and government agents or officials at all levels are critical recommendations and panacea to most of the challenges of the present.

This implies adherence to constitutional provisions including the security of life and property as the basis for the existence of government, complete separation of powers, federal character principle, human rights, and shunning impunity in governance. Government policies should be transparent, and the government accountable to the people.”

Let there be fiscal autonomy for the judiciary, NASS — Akingbolu

Member of Ekiti State Judicial Service Commission, Kabir Akingbolu points to the need for the judiciary and legislature to be truly independent arms of government through fiscal autonomy. According to him, the aspect of law and government policies where improvement is highly needed are many but the ones calling for urgent and immediate change is the fiscal autonomy for the legislative and judicial arms of government. He said:

“These are two areas where the total dependencies of the two arms are causing serious harms to their efficiency. The executive arms over the years have used the dependency factor to unjustly stifle the workings of the judiciary, thereby hindering smooth administration of justice ditto for the legislative arms. Today, some people believe that the judiciary is corrupt but the truth is that the executives call the shot through fiscal power that made it possible for the executive to control the workings of the judiciary. There is also the need to rescue the dying Local Government administration from the hands of rapacious and greedy state governors otherwise, development in Nigeria and the practice of true democracy may be impossible.”

He said: “I will like to see an optimal budget performance even though the 2021 Appropriation Act is a deficit budget it still contains huge wastages particularly recurrent expenditure projects led to fund jumbo pay for legislatures, ministers and security vote for Governors. If you do a proper cost-benefit analysis of our revenue, debt profile and earning capacity you will see the need for government to revisit so many issues in the budget.

“One would have thought that for a budget that is to be funded by borrowing with over N3 trillion therein for debt servicing, the government should have come up with a policy to reduce the cost of governance, but this is not the case. There is no remarkable adjustment in expenditures and lifestyle to save cost and increase enterprise.

“President Muhammadu Buhari’s threat to government’s agencies to generate funds by all means to fund the budget or face sanctions is a total misdirection of purpose and lack of clear articulation of the problems. The cost of governance is the primary problem. I wish to see a government policy that will create an intelligent budget virement system on implementation to productive adventures to under guard the lopsided appropriation strategy.”

For Babatunde Awe, the only way forward in 2021 is for the government to focus more on projects that will create the greatest impact on the life of the people.

He said: “The disgraceful policy incoherence of this administration is discouraging. From security to the economy to COVID-19 management and response to youth and sports and poverty alleviation and of course the purported fight against corruption, there has been absolute policy chaos. All I’ll say is that every government is defined by the quality of life it affords its citizens. This a wake-up call to Buhari and his co-travellers to at least focus on one thing that genuinely and measurably impacts on the quality of life of Nigerians and do it. They have just a thousand days or so left. The clock is ticking. Sincerely, though, I don’t see it happening. This government does not have the interest of the people at heart. It is like a mother that has made up her mind to abort a pregnancy. You can appeal to her all you want or threaten her with all the dangers of an abortion, she just won’t listen. This government does not listen. Mark my words. We can postulate and articulate all we want, they will remain deaf.

Constitution, the electoral act should be reviewed — Okorie

Principal partner of Okorie and Co, Emelike Okorie wants a comprehensive review of the constitution and the electoral act this year.

He said: “I think the first aspect of the law which changes are of utmost necessity is amending the constitution, electoral law and attitudinal changes in enforcement of human rights by government agencies and law enforcement agents. Once these vital areas are tackled, other sectors will also pick up.

“Secondly, I would like to see the government focus more on policies that will tackle poverty. In this regard, there should be mass mobilization of youths for jobs provision and wealth creation. I also advise that governments at all levels should formulate strong policy on the use of local contents. Finally, all sectors of the economy should be unbundled for local and international competitiveness and development.”