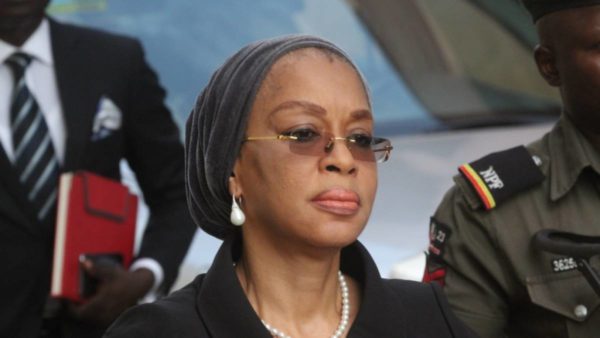 Ajumogobia, through the suit, is challenging her dismissal from her job as a judge of the Federal High Court. NJC had in 2018 dismissed Justice Ajumogobia from the service of Federal Judicial Service Commission (FJSC) over alleged gross judicial misconduct.

Not satisfied with NJC’s action, Ajumogobia instituted an action challenging the process adopted by the fact-finding committee of the commission that led to her dismissal.

The judge is praying the court to declare as illegal, unconstitutional, unlawful, null and void, the report of the fact-finding committee that recommended her dismissal. She is also claiming that her fundamental right to fair hearing was breached in the ways and manners she was dismissed from the court’s Bench.

But NJC and other defendants in the matter filed sseparate preliminary objections against the hearing of the suit on the ground that the Federal High Court has no jurisdiction to entertain such a matter.

NJC contended that being a labour related matter involving employment, the plaintiff ought to have gone to the National Industrial Court to register her grievances.The defendants, who denied the claim of absence of fair hearing by the judge, also contended that the case was statute-barred, having not been instituted within three months as required by the Public Officers Protection Act.

They specifically noted that Section 2 of the Public Officers Protection Act makes it mandatory for such matters to be instituted within three months, to be competent. Ajumogobia, in her counter-affidavit, prayed Justice Inyang Ekwo to dismiss the objection to her suit on the ground that she was challenging constitutionality of her dismissal.

In his ruling, Justice Ekwo dismissed all the objections on the ground that they were misplaced and that the claim of the plaintiff misconstrued. He held that Ajumogobia raised constitutional issues bordering on denial of fair hearing in the manner she was dismissed.

The presiding judge also held that the case of the plaintiff did not fall under the provision of the Public Officers Protection Act as claimed by the NJC, and as such, was not statute barred.

He, therefore, held that the plaintiffs’ claim, being a constitutional matter, can only be heard by a Federal High Court and not a National Industrial Court as canvassed by the NJC.

Justice Ekwo then fixed April 5, 6 and 7, for hearing of the substantive matter. Other defendants in the suit include Attorney General of the Federation and Minister for Justice, Abubakar Malami; President Muhammadu Buhari; Justice Olufemi Akintan; Justice Ishaq Bello and Justice Julieth Kentu.