The insurgency Generals did not foresee
Editor
January 5, 2021
4:44 am 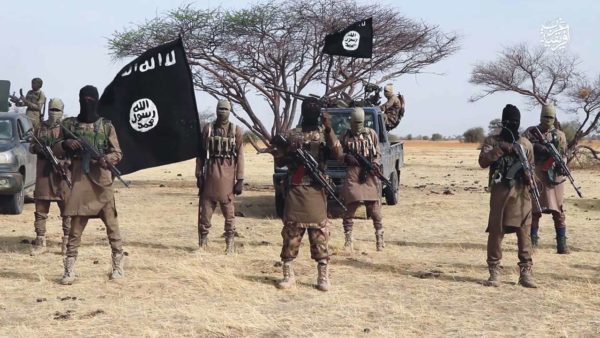 When the Boko Haram revolt started, it was first targeted at pockets of government institutions; people felt that it did not concern them. Then they targeted Christians; the Muslims among us felt unconcerned, some of them were beginning to think that the group was fighting a jihad on their behalf. Then, they started attacking institutions of culture and local leadership, including dethronement of Emirs. Today, they do not recognise whether you are a Muslim or Christian, their goal is to destroy and establish their own, weird type of caliphate, which recognises no mullah, Imam or Emir except their own. They have lost their bearings and directions. They have become bandits and kidnappers, killing and maiming innocent citizens without conscience.

After 30 years of Gideon Orkar coup, it is clear that the Boko Haram and other bandit herdsmen of the North are waxing strong in the states that Gideon Orkar tried to cut off from Nigeria. What their agenda is we do not know; Governments or officials who give support of any kind to the Boko Haram or killer herdsmen group are only undoing themselves; in the long run, these ones will turn against their masters.

On Sunday, April 22, 1990, about five years into Babangida’s bloody rule, a junior soldier, Major Gideon Orkar, led the most audacious coup in the annals of the country by attempting to oust Babangida from power. Subsequently, the coup was foiled and the plotters were arrested. Orkar, a Tiv from Benue State, and 41 other soldiers were executed on July 27, 1990.

After 30 years, what he wanted to fight for still curse us today.  All Nigerians are cold including me. We can never progress until we all stand up and fight for our country, for us and our children and our un-born children. We need law and order, strategic thinkers, good political structure and give power to the press.

Up till a few weeks ago, the thought that banditry on the one hand and Boko Haram on the other hand had become intractable was believed to be an exaggeration. Banditry, mostly limited to northern Nigeria, is a fairly recent menace, perhaps dating back only four or five years. The increasingly virulent Boko Haram, mostly limited to the Northeast, dates back more than 10 years.

Now, both menaces reinforce each other, presenting themselves as the hammer and anvil between which Nigerians in those blighted regions are being pulverised. Some four or five years ago, when there was the exaggerated opinion that Boko Harama had been ‘technically defeated’, few thought that in 2020, Nigerians would still be grappling with the cancer, let alone having to endure the equally menacing and vicious problem of banditry. Everyone had thought that in a matter of months, or perhaps just a few years, the two menaces would have been reduced to insignificance. Sadly, the problems have not only withstood the best counter measures the government could give, they seem alarmingly to thrive.

Some days ago, in multiple attacks that did not seem coordinated, bandits and Boko Haram insurgents in Katsina and Borno States respectively seemed to have orchestrated a crushing blow on certain communities in Faskari (Katsina) and Gubio (Borno) Local Government Areas. By some accounts, insurgents killed more than 100 people. It was a brutal and daring attack by a group of insurgents who neither fears man nor respects government. They pillaged, abducted, killed and maimed. Above all, for hours while the attacks lasted, they were hardly challenged. They will of course be back, regardless of the orders given to crush them, for they understand how the Nigerian security services operate, how impotent they seem, and how attractive the results of a life of crime are.

Donald wrote from Katsina via inwalomhe.donald@yahoo.com