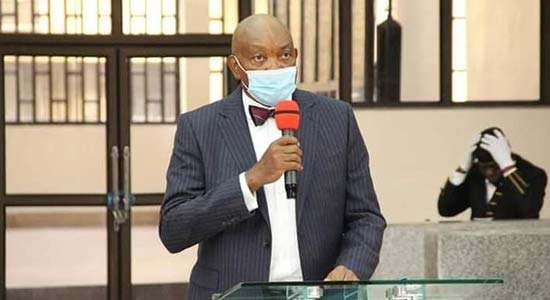 Governor Udom Emmanuel of Akwa Ibom State has approved the creation of a new Ministry of Power and Petroleum Development in the state.

Governor Emmanuel has therefore deployed Dr. John James Etim, one of the newly sworn-in Commissioners to the new Ministry.

At the swearing-in of 4 new Commissioners at Government House, Uyo on Monday, Governor Udom Emmanuel charged members of the State Executive Council to justify the essence of their appointments through creativity and innovations.

The Governor also urged the newly appointees to shun self agrandizement but to work always in the interest of the 7.2 million Akwa Ibom people who they have sworn to serve.

He advised the Commissioners not to be deterred by criticisms from different quarters but to bring to bear their wealth of experience as expressed in their resumè in their contributions towards the success of the Completion of the Agenda.

Nwoko, Attorney-General and Commissioner for Justice in the current administration, was not reappointed along with three others.

He has been replaced by another SAN, Uko Essien Udom.

This is the third time Emmanuel is rejigging his State Executive Council since assumption of office in 2015.