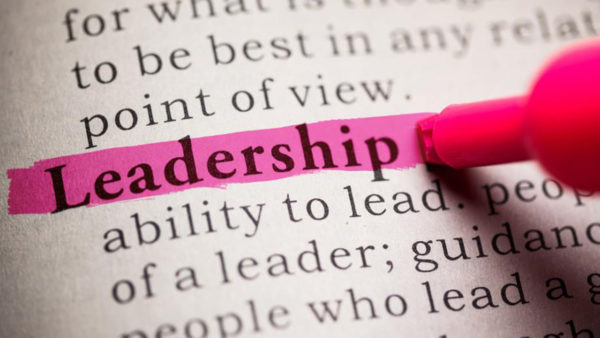 When Isaac Newton proposed the first law of motion, I doubt if he had the concept of leadership in mind. I hope he will not turn in his grave if I borrowed his invention briefly.

Newton’s first law states that every object will remain at rest or in uniform motion in a straight line unless compelled to change its state by the action of an external force. I like to think of the law in the light of Nathaniel Hawthorne famous quote – “To do nothing is the way to be nothing.” Things or life will remain unchanged (rest like a grave) except there is an intentional force that will bring about the desired change. People experience leadership when that change empowers them to make choices that are in alignment with a vision of the desired future. Authentic leadership is a force of change. Great leaders know how to rally people around a unifying vision. They know that the best way to equip people is to teach them how to make the best choices for themselves. Therefore, they always seize opportunities to communicate the vision they believe. The world is blessed with great leaders, yet evidence of leadership failures also abounds. Is it not an aberration to get thirsty while living near the river?

Dr Martin Luther King Jr. communicated his life purpose and passion in his unforgettable “I have a dream,” speech. That speech was in agreement with the vision of his country, the United States, where freedom was supposed to be every person’s right and privilege. At that time, racial discrimination and divide held the USA in its deep web. Martin’s passion put him to work even at the cost of his life. Throughout his lifetime, his visions shaped his values, which in turn determined the choices he made. His life and work influenced an immense multitude within and beyond the shores of his country. About 50 years later, the USA had her first-ever black president. The barriers that racial discrimination has created, that which Dr Luther King fought in his lifetime was dealt another fatal blow.

Dr Martin Luther King Jr. learnt leadership. He had a mentor. Though the circumstances of his time /life might have thrust leadership upon him, he did not bank on a mere event, limited experience or the lure of wishful thinking to get him through it. Being able to change oneself and influence change in others is the hallmark of outstanding leadership.

There are nations, individuals and organizations that have steadily and consistently moved through various phases of development and are close to the ideal that their founding fathers had in mind. It never happened overnight. Over a while, they have had different people (leaders) at the helm of their affairs. The succession of developments and progress can only be possible with a deliberate and consistent push in a desirable pre-agreed direction. Likewise, we have nations whose founding ideals and vision have been washed in the muddled water of corruption, poverty, lack of infrastructure and another undesirable element. Africa is the world’s second-largest continent with the oldest human history. She most likely had experienced outstanding leadership at some point and made some progress. Despite a rich history, natural resources and abundant human resources, most African countries remain underdeveloped.

You do not have to look far before seeing the evidence of leadership failure in many nations across the world. From deteriorating value systems to corruption, poverty, and the list goes on and on. The absence of worthy role model figures that the younger generation could look up to and learn from is a significant factor responsible for poor governance, leadership failure by the political class, family and religion heads and other myriads of socio-economic problems bedevilling the world. Leaders and people all around the world need to embrace mentoring deliberately. Mentoring in this context can be thought of as the transfer of wisdom from a wise and trusted counsellor, generally in a leadership position, who helps to guide another person to become a successful leader. Leadership and mentoring are inseparable.

Leadership is all about service; influencing people to become better. The focus is primarily on those being led. And the most critical metric for the achievement of a leader in the growth and development of those being led. The great privilege of leadership carries with it an even greater responsibility; the obligation of service. Once a person assumes a leadership role, they automatically inherit the responsibility for the care, well-being, and overall stewardship of those they lead. Some may refer to the demands as mentioned earlier as the burdens of leadership. However, they are the real primary benefits of leadership. Mentoring is a vital element of a leader’s job description. A leader should help people develop to the best of their ability, thereby reaching their full potential.

For every nation whose labour of their past heroes has yielded results, there has been a deliberate transfer of leadership skills. These heroes were wise to know that what they have done will amount to nothing except they commit their vision to able men who are also able to teach others. This is how legacy is laid and a great nation or organization built. Have you heard the quote – “Success without a successor is a failure”? What does it mean to you? No matter how ‘great’ an achievement is, without sustainability and continuity, all that is accomplished crumbles and falls like a pack of cards. The only way to achieve real success is to raise leaders that will sustain and build on initial progress achieved by their predecessors. A leader who has not raised at least another leader cannot be referred to as a successful leader and cannot leave behind an enduring legacy. Mentorship must be embraced and deliberately practised to avoid leadership failure.