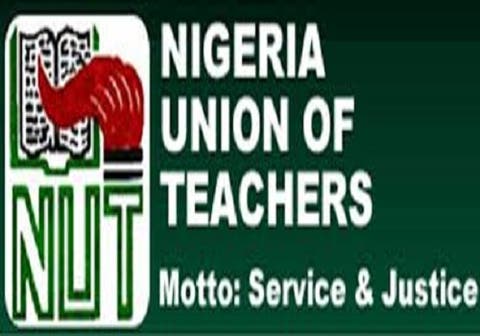 The Nigeria Union of Teachers on Thursday cautioned the Federal Government against the January 18 resumption date for schools across the country.

The NUT Secretary-General, Dr Mike Ike-Ene, who stated this in an interview with one of our correspondents, said   there was no need to hurriedly resume,  if   the rate of COVID-19 infection kept increasing.

Ike-Ene stated that if coronavirus infection was increasing,  teachers would stay at home.

Recalled that the Presidential Task Force on COVID-19 had on December 17 said the country had entered COVID-19 second wave.

On December 21, the PTF, at its press briefing,  said the Federal Government had ordered all schools to remain shut  until January 18 as part of the efforts to battle COVID-19 second wave.

Ike-Ene in the interview with The PUNCH, explained that it was important to critically study the infection rate as schools awaited the January 18th resumption date given by the Federal Government.

He stated, “I am someone who believes in life and it is when there is life that you can have a proposal. The number we are having shows that this (second wave) is more horrible. If the PTF and the NCDC (Nigeria Centre for Disease Control) are able to tell us about the new discoveries, then we can decide if we should stay at home or resume.

“As for all the COVID-19 protocols, our teachers have been practising them in our schools. That was why  WASSCE (West African Senior School Certificate Examination) was held. If they feel this one is more rapid in terms of new infections,  it means that teachers will stay at home.

“The Federal Government has said resumption is January 18. Let’s watch out, if by 18th (of January),   it keeps increasing,  then one will advise that the students should tarry. Let them remain at home. There is no point rushing and risking lives.

“There is no point rushing,  although our students have wasted time, I think our students; especially the undergraduates, are in a hurry to go back to school. If the number keeps increasing the way it is, it means we may take some few weeks to look at it properly.”

He also advised that teachers and students should be the first set of people to be considered for the coronavirus vaccines when  they arrive in the country.

Ike-Ene said these people were vulnerable and it was important to protect them as they constituted the present and future of Nigeria.

On his part, the National President of the Nigerian Medical Doctors, Prof Innocent Ujah, who said he was aware of a shortage of oxygen in hospitals,  urged government to provide the gas in large quanitity.

Ujah, in an interview with The PUNCH, stated, “I am aware of it (shortage of oxygen). Recall that Lagos has established some centres for oxygen.  Unfortunately, this disease is coming in various shapes and sizes and the reason is that there were things that we did not know before now because of COVID-19.  Government has to respond appropriately by setting up oxygen production centres.

“We need to have oxygen in huge volume. This is in contrast to what we thought were doing before. We need oxygen  that will appropriately take care of all the cases that will come to the isolation centres and hospitals.

Some Abuja hospitals go to ABUTH for oxygen – NMA president

“ I am aware that some hospitals in Abuja are going to Ahmadu Bello University Teaching Hospital to get oxygen and this is because some of the hospitals don’t even have and those that have are not functional.

“We must ensure that we have enough oxygen, adequatevolume  of oxygen because you may not know who will come down, who will need oxygen and those who will not.”

He noted  that most state governments had abandoned their  functions for the Federal Government .

Ujah stated,  “The governors were elected like the President. They cannot continue to depend on the Federal Government. At a point, we were told that health is on the concurrent list and that each state should do its own,  but the disappointing thing is that in any situation, the state government will turn to the Federal Government. The question is what are the states doing with their budgets?

Although, some of the states like Lagos,  are doing well but the problem is that states should live up to their responsibilities. At the time they were campaigning what did they tell their people?”

Many COVID-19 patients will need oxygen to survive – Lagos NMA

In Lagos State, the  Chairman of the NMA, Dr Adetunji Adenekan, on Thursday  called for the availability of oxygen in the state hospitals, saying a lot of COVID-19 patients would need it to survive.

In an interview with one of our correspondents, Adenekan said although the state government was working on improving the gas supply in the isolation centres and hospitals in the state, there was the need to make it available when patients needed it.

He said, “We once had the challenges of a shortage of oxygen at our isolation centres and hospitals but it is better now because the government has moved to take actions. The state Commissioner for Health, Prof. Akin Abayomi, on Monday, said the state government had concluded plans to inaugurate 10 oxygen centres. Some of those centres are in operation now.

“What we think that we need now is the prompt response when the call for oxygen is made. For us, we think oxygen is a basic necessity for hospitals. No clinic should be satisfied if it has no oxygen. The issue is that when they run out of what they have, how quickly can they get a replacement? How fast is the supply?

“At this current level, knowing that a lot of COVID-19 patients will need oxygen to survive, there is the need to make sure it is readily available. Part of what we wrote to the state government was that there should be the availability of basic amenities in our hospitals, and one of them is oxygen.

In the Federal Capital Territory, the NMA  Chairman, Dr Enema Amodu, told one of our correspondents that  the sudden increase in the  demand for oxygen in this second wave could be attributed to the biology of the new variant of the virus, or  late presentation to hospitals or designated centres.

He stated, “The nature of the disease is that late presentation requires higher oxygen demand. Citizens now are wary or even afraid of coming to the hospitals because it’s as if COVID – 19 virus is concentrated in the atmosphere of the hospitals.

The supply of oxygen to the facilities and centres managing cases have been attributed to the Nigerian Air Force  and this supply has been said to be at very minimal or no cost. However, this needs to be sustained, and spread to other health facilities.”

He called for the constant supplies of face masks, hand sanitizers and other personal protective equipment for doctors and other health workers.

Amodu stated, “The NMA FCT has  set up a task force led by the chairman that will go round the various health facilities within the Federal Capital Territory and do a random check to ensure that her members are being protected and well taken care of, as they go about discharging their duties.

“The NMA as far as I am concerned, has not received any complaint from her members about the ‘shortage of oxygen’ yet. The complaints have been hugely with regard to available personnel  at the centres, the PPE and other protective materials to work with and even some of the drugs.”

On December 30, the Nigeria Centre for Disease Control announced that the total cases of confirmed COVID-19 cases in the country was 86,576, while the death rate was 1,278