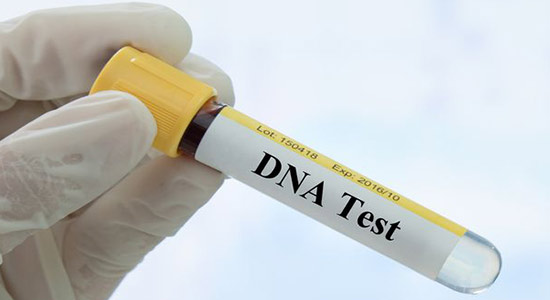 *Why Nigeria Is Ranked High On Paternity Fraud

Nigeria is claimed to have been ranked second in the global rating of highest paternity fraud as of 2019.

Paternity fraud is said to occur where a woman attributes the paternity of a child to a man, and in actual fact does not belong to him but to another man.

This is believed to be as a result of an affair had outside marriage with another man by the woman.

It has been claimed that Jamaica ranks the highest in the rating of paternity fraud globally while Nigeria follows suit in the circumstances.

It is claimed that Nigeria has 30% cases of paternity fraud, marking the second-highest in the world.

WHAT THE MEDICAL PERSONNEL SAY ABOUT PATERNITY FRAUD

According to Abasi Ene-Obong, CEO and Co-founder of Stack Diagnostics, he said:

“Nigeria ranks high in paternity fraud. The current statistic for this puts Nigeria as the second highest in the world with around 30% of cases of paternity fraud in the population”.

However, as to whether the 30% statistics can be relied upon, he added that “as with most health-based statistics in Nigeria, they are either under-reported or exaggerated because the problem typically lies in how the sample is collected. It is possible that there was some sampling bias to this 30% number but even for sampling biases, that number is quite high.”

“We can’t actually be sure of this. It is a possibility if you take the study at face value because 30% equates to 3 out of 10”, he added.

WHY PATERNITY FRAUD IS HIGH

Various reasons have been adduced as the cause of paternity fraud in Nigeria. In an interview on Vanguard newspaper, Dr. Abiodun Salami stated that poor family factor is one of the reasons.

“Recent trends in sexual health especially in Nigeria suggest that unprotected sex and multiple partners’ relationships are a common occurrence. Another issue is poor family planning among women. Most first born pregnancies are still unplanned”, he stated.

“I have seen and discussed with women who for one reason or other decided in their own wisdom to give another man’s child to their husbands without the husband’s knowledge”, he added.

THE COST OF DNA IN ASCERTAINING PATERNITY FRAUD

DNA (Deoxyribonucleic acid) test has been said to be a means through which paternity fraud can be unraveled and consequently, changing the test of fatherhood.

Medical practitioners have shared their thoughts on what it costs to afford the test with a view to confirming the authenticity or otherwise of whether a child is rightly attributable to a man.

Meanwhile, it has been claimed that the cost of DNA ranges between N80,000 and above in Nigeria.

A medical doctor with Twitter handle @DrOlufunmilayo has disclosed that “For men only: If you can buy bone straight hair 250k for a woman, you can afford DNA Test 85k.

A CHILD’S DAD CAN ORDER A DNA TEST.

ALL YOU NEED IS THE CHILD’S HAIR, NAILS OR BLOOD. JOB DONE. AND IT CAN BE DONE SECRETLY.

DON’T LET ANYBODY GUILT TRIP YOU.

PASS THIS ON TO ALL MEN.

“Don’t let them lie to you

Don’t let anybody guilttrip you

•You can do it secretly.

•And your peace of mind is worth more than 85k”, he said.

He further stated that:

“A child’s dad can order a DNA test. All you need is the child’s hair, nails or blood. Job done. And it can be done secretly.

“Don’t let anybody guilt trip you.

Pass this on to all men”, he said.

“If you are a woman and you have pinned pregnancy on someone, pls be aware that if the man tries to relocate abroad to some countries, they ask for DNA Test as part of visa requirements.

“It’s better to confess”, he added.

In addition, another doctor also noted that it is interesting “that 300k salary is small, 500k gift is small, exotic holiday is the barest minimum, Samsung phone of 400k is cheap but 150k DNA test is very expensive.”

The recent controversies that continue to surround the petition instigated by a Group against the FCMB MD, Mr. Adam Nuru alleging that he had an illicit affair with a woman who was married to one deceased Tunde Thomas.

It was alleged that the MD was responsible for the death of the deceased as a result of depression.

The woman was said to have given birth to two kids, which claimed belongs to the MD as opposed to her deserted and deceased former husband, Tunde.