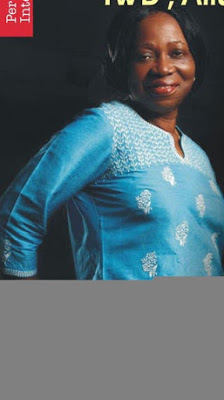 FORMER Minister of Health, Professor Adenike Grange (nee Adebowale) – a retired Professor of Pediatrics at the University of Lagos – is highly respected and trusted as a leader in the local and international public health systems.

Through determination and hardwork, Grange rose through the ranks of her profession and has made significant changes to advance the vision and mission of the Nigerian medical healthcare delivery system. With  research in about 80 peer-reviewed journals, her over 40 years of postgraduate clinical, community health, research, and administrative experience in various world-class medical, government and non-governmental institutions with simultaneous training and mentoring of hundreds of students of medicine, nursing, and other healthcare workers, is exemplary.

All through her long, illustrious career, she was globally recognised and respected as a strong voice in the struggle to improve the healthcare of children, adolescents, women and their families. She is the first African female president of the International Paediatric Association, an Association which was started in Europe about 110 years ago and now has a global Paediatrics Association membership of over 150.  She is the Founder and Board Chairperson of AdeGrange Child Foundation, an organisation through which she continues to advocate for sustained improvement in the plight of children as well as for equity and universal coverage with quality health care.

Grange served as senior house officer at the Lagos Island Maternity Hospital in 1965/66, under the mentorship of Dr. Elizabeth Abimbola Awoliyi (1909-1971) Nigeria’s first medical woman. The opportunity inspired her to follow her mentor’s footsteps. Even then, as a young bride on the verge of starting a family, she was torn between following her passion and pushing the idea of raising a family to the back burner, or suspending her dream of following her mentor’s example.

The choice between being a career woman and a housewife and mother was not easy and for seven years after her graduation, Grange struggled to balance the demands at work with those of family both in Nigeria and abroad. Reprieve came in 1971, when she got a second chance after she returned with her family to Nigeria and “stumbled” on the opportunity to enroll with the first set of postgraduate students for the National Postgraduate College Fellowship.

This marked the beginning of her journey up the leadership ladder with highlights that included paediatrics, professorship, headship, deanship, directorship, presidencies of associations and ministerial leadership. For Grange, the ascendancy into these elected positions was hard earned. But she was up to the task. As President of the Association of Consultants, she was instrumental to the conceptualisation of  the Medical Consultants Association of Nigeria, MDCAN – a platform from which medical consultants contest for the Presidency of the Nigeria Medical Association. When she was the Head of Paediatrics, at the LUTH, she persuaded the pharmacy department to establish a mini-pharmacy very close to the department of paediatrics and the emergency ward.  This helped to avoid many preventable deaths that were due to delay in giving effective interventions. In addition, Grange ensured that a facility was created for the immediate follow-up of the discharged children so that mothers could obtain detailed briefs on preventive care by a trained nurse. As the Dean of the School of Clinical Sciences, she helped to kickstart the Basic Clinical Skills for all undergraduates of the School. Her contributions have accorded administrative autonomy to the School’s activities to date.

When she took over as the first, full-time Medical Director of the Otunba Michael Olasubomi Balogun Specialist Hospital, a 100-bed maternal and child hospital in Ijebu-Ode, Ogun State, the magnificent brand-new hospital did not have a single patient on admission. However by the end of the three years of her service, the health institution had achieved a bed occupancy rate of 70 percent and was generating up to 45 percent of its recurrent revenue.

During her tenure as the Minister of Health from 2007 to 2008, Grange charted the way forward for maternal and child health by ensuring that funds are included on the health budget for the training of retired nurses to be employed at state level for the Life Saving Skills project. It was also during her tenure as minister that the proposal for the seed funding for the establishment of the Nigerian Centre for Disease Control, NCDC, was first initiated.

An astute leader who is living up to the notable legacies of pioneering medical women leaders, Grange continues to impact positively on mitigating the challenges of medical women in leadership and development. At various times, she has been Consultant to the World Health Organisation, UNICEF and USAID and gained global recognition as a strong advocate for the strengthening of healthcare systems for the delivery of Universal Health Care through the delivery of efficient Primary Health Care in the country. Her numerous achievements and relentless pursuit for medical excellence confer on her the recognition as an icon of the medical profession.