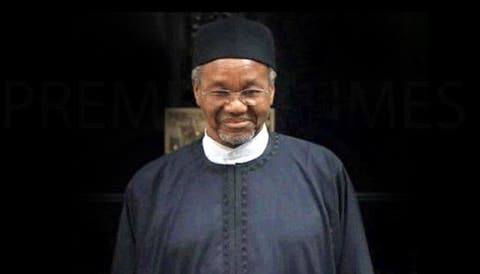 Such a misconception, which may not have arisen from facts, perhaps, stemmed from the diminishing sense of history in Nigeria. The role of prejudice and parochialism in the assessment of Alhaji Mamman Daura may not also be dismissed – they all reflect the unusual times we live in. If not, locating his place in history is a no-brainer.

Mammam Daura is a journalist par excellence, accomplished administrator, successful businessman and self-effacing statesman. Unknown to many, Daura was a top journalist, who edited the defunct New Nigeria Newspapers, NNN. To his credit, the paper, at the time of Daily Times’ dominance, emerged as one of the influential voices in the early days of military rule. Until he left the services of NNN in 1974, the former Chairman, Board of Nigerian Television Authority, NTA, was the managing director of the paper.

In Daura’s capacity as board member of Africa International Bank and Chairman of Nigerian Bank of Commerce and Industry, his brilliance sparkled like the northern star. As one of the major pioneers of the industrialisation of northern Nigeria, Daura alongside local and international partners and investors, set up some successful companies. They include Kaduna Furniture and Carpets, KFC; Kaduna Aluminium Ltd, Kaduna Machine Works, Boots Nigeria Ltd, United Nigeria Textiles Ltd, UNTL; Funtua Textiles, FTL; Arewa Textiles, Nortex and Finetex.

At various times, Daura was a director or board member, managing director or chairman of Hagemeyer, Dunlop, and APICO Insurance among others. No one captures Daura’s business accomplishments better than his daughter, Fatima Maman Daura, who in a tribute, said: “Baba worked extremely hard and for long hours and was a prosperous industrialist with major stakes in textiles, manufacturing and banking.” He may not have held a top elective position, but his contributions to national development are top-notch.

At the 1994/95 Constitutional Conference, where answers to some thorny national issues were provided, Daura played key roles as a committee chairman. Just like during the conference, the altruism and patriotism that define his engagements played out after the summit. A story was told about how choice residential plots of land were allocated to committee heads and members in the Federal Capital Territory, FCT.

Daura was said to have rejected the offer, saying he selflessly served his country and needed no reward. He had explained that having received accommodation and sitting allowances during the one-year conference, the plot of land was needless. That was 25 years ago during the regime of the late Gen Sani Abacha. Now fast forward to 2020, and imagine such an offer being dangled before a public officer, who had undertaken a special national assignment. Would the gift be gracefully rejected just as Daura did?

Those who may not have the right answer, probably do not reside in today’s Nigeria where national assignments are avenues for self-enrichment. However, that was vintage Malam Daura, whose contributions to nation-building certainly dwarf whatever failings critics may ascribe to him. As President Muhammadu Buhari’s nephew, the octogenarian is regarded in most quarters as the most powerful man behind the throne. Real and imaginary political influences have been ascribed to him, creating contradictory images around the statesman. Notwithstanding, the fact that Daura had long earned his place remains. Suffice to say that such a man with robust public service and private sector record is a national asset.

Daura was born on November 9, 1939, in Daura. He had his basic education at the Katsina Middle School and secondary education at the Government College, Okene. Thereafter, he was chosen by the late Premier of defunct Northern Region, Sir Ahmadu Bello, alongside a few others to study in the UK. He studied English Language, English Literature, Latin and British Constitution at Advanced Level at Bournemouth College.

Subsequently, Daura was admitted to Trinity College, Dublin where he received a Bachelor’s degree in Economics and Politics and a combined Masters degree in Public and Business Administration. Upon returning home, he joined the civil service. Until recently, Daura was an active member of Katsina State Development Fund, a philanthropic organisation as well as the Jama’atu Nasril Islam.