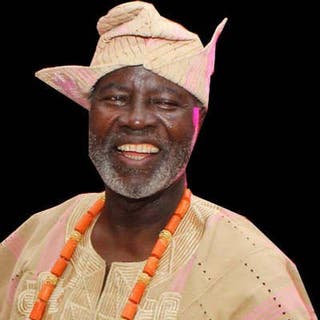 ASIDE his sojourn as the lawmaker representing Ondo North Senatorial District in the Senate from 2003 to 2007, Dr. Wilfred Olabode Olajumoke, is known for philanthropy.

He studied at the University of Lagos, UNILAG, where he graduated with a law degree. After obtaining his degree, Olajumoke proceeded to pursue his masters’ degree at a university in Moscow, Russia. Perhaps, thirsty to garner more knowledge, he left Moscow and headed to Edinburgh in the United Kingdom for his doctorate in law.

He worked with the Federal Ministry of Establishment from 1974 to 1979. After further legal studies, he joined the Ministry of Defence in 1980 and retired from the civil service as a GL 15 officer in 1987. Before this, the young Olajumoke cut his teeth as a trainee reporter with the Daily Times of Nigeria from 1963 to 1964.

Upon Nigeria’s return to civil rule, Olajumoke sought political office in 1999, where he aspired to be the president. Though he lost the primary elections, he was not perturbed as he returned in 2003 and was elected the senator representing Ondo North Senatorial District on the platform of the Peoples Democratic Party, PDP.

In 2007, he was re-elected for another term to represent the senatorial district. During his time at the Senate, he was a member of Senate committees on Navy, National Planning, Foreign Affairs, Employment, Labour and Productivity, Downstream Petroleum and Defence and Army. Also, he was one of the senators who prevented former President Olusegun Obasanjo from realising his Third Term agenda.

Olajumoke is the chairman of a non governmental organisation known as Mission to Save the Helpless, MITOSATH.  The primary mission of MITOSATH is aimed at improving the health of the less privileged. Recently, he donated a four-bedroom apartment to the Lagos State Scout Council during his 70th birthday.

As a current member of the PDP Board of Trustees, Olajumoke is of the firm belief that the crisis rocking the PDP will be sorted out in due time and make it a force to reckon with. In a recent interview, he opines that “I believe that PDP is still a formidable party, despite this crisis. It is still the most truly national party in outlook in the country.

“I strongly believe that we will soon get over the crisis and then refocus the party.

“PDP has a strong and very enormous structure and that’s the advantage the party has over even APC. Almost half of the entire APC members emigrated from PDP. PDP is bound to bounce back in due course. I’m very optimistic that PDP will come out of this crisis stronger.

“Although from the present look of things, it may look as if there is, or should be cause for alarm, but as an elder and with my experience in politics, I strongly believe that PDP will bounce back stronger. Why I say so again is very simple,