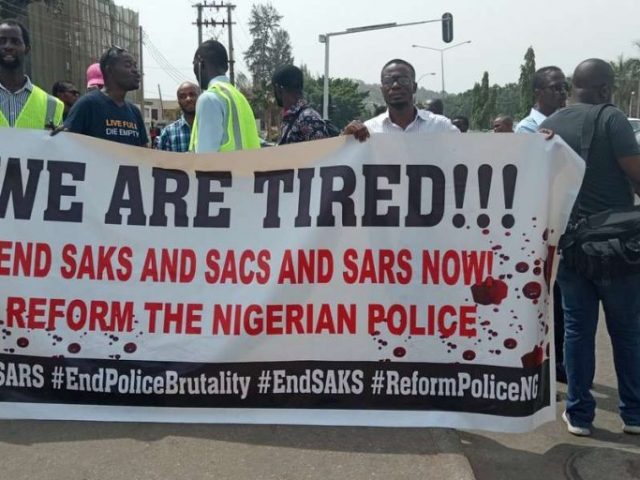 A Magistrate’s Court in Osogbo has granted a coordinator of the second wave of #EndSARS protest in Osun State, Emmanuel Adebisi, bail after 15 days in detention.

He was arrested by the Department of State Services (DSS) for allegedly impersonating as a military officer.

Adebisi was arraigned on December 14, 2020 by the secret police on four count-charge bordering on forgery, impersonation and illegal possession of an army uniform. He was remanded in Ilesha Correctional Centre ever since.

The presiding magistrate, Isola Omisade, had declined an oral bail application, ordering his counsel to apply for his bail formally.

But on December 21 when the matter was called, lawyer from the Ministry of Justice, Oyedele Akintayo, informed the court that the state was interested and would want to take over the matter.

The request was granted and the defendant’s notary, Niyi Akinsola, moved for the formal bail application but was opposed by state counsel, who held the bailiff had not served him and urged the court to adjourn the case to enable him reply.

After arguments from both lawyers on December 23, the court adjourned ruling on the bail application till yesterday.

In his judgment, Magistrate, Omisade granted bail to Adebisi, known as ‘Captain’, in the sum of N1 million with two sureties.

He said one of them must be a level 12 civil servant officer in the state, while the second should be a house owner in Osun.

The magistrate ordered Adebisi to submit his international passport and also barred him from speaking to journalists.

He thereafter adjourned the case to January 18, 2020 for mention.