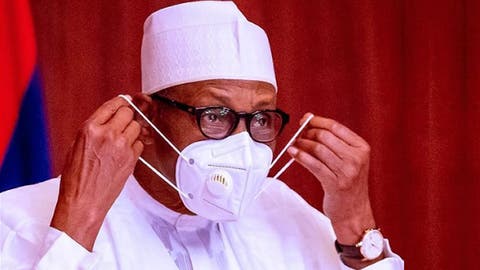 FOR many Nigerians, the year 2020, which ended with a whimper on Thursday, was unremarkably bleak. In most respects, especially in health, security, agriculture, education, social life and the economy, 2020 inflicted more misery on the people than the brief moments of reprieve it gave. Nigeria was tormented by the ill wind of insecurity, coronavirus and low oil prices, its economy plunging into its worst recession in 40 years. In summary, 2020 would be remembered for all the brutal afflictions it brought on Nigerians.

Right from the beginning, uncertainty engulfed the atmosphere after the outbreak of the coronavirus pandemic in China manifested furiously across the world. The pandemic hit Nigeria on February 27, the index case entering into an unprepared country from Italy. As of early December 31, Nigeria had recorded 86,575 positive cases with 1,278 deaths. These figures tell only half of the story, as the pandemic has exposed the decadence in the health system. Many sick people died from their illnesses. The wealthy, accustomed to overseas medical trips, were restricted to the country by global travel bans. In 2021, the second wave of the pandemic is likely to test the broken health system to the limit. The Nigeria Centre for Disease Control on Tuesday warned of the dangers ahead, lamenting that Nigerians had compromised the non-pharmaceutical protocols successful in controlling the virulent disease.

The year witnessed untold hardship because of the economic lockdown that accompanied the pandemic. Oil prices nosedived catastrophically from low consumer demand, selling for $12.22 per barrel in April. This instigated economic turmoil. Massive job losses ensued, with the unemployment rate climbing to 27.1 per cent from 23.1 per cent in third quarter 2018. Gloomily, the National Bureau of Statistics said 21.7 million persons were out of job, 13.9 million of them youths. Underemployment hit 28.6 per cent for a combined 55.7 per cent jobless rate. Aviation, transport, manufacturing, the hospitality industry and the financial sector were the hardest hit. Unlike elsewhere where governments rolled out a slew of palliatives for the citizens, the inconsequential measures were appropriated, as usual, by the rapacious ruling elite.

The hardship could have been avoided or at least mitigated with the right leadership. With the Major General Muhammadu Buhari (retd.) regime’s incoherent response, the economy entered a second recession in five years in Q3. In Q2, GDP declined by 6.10 per cent. By Q3, it slid further by 3.62 per cent, triggering recession. On the back of reduced production, inflation rose to 14.23 per cent in November, a high of 27 months. Foreign exchange rates sharply increased. The Nigerian currency exchanged for as low as N500 per dollar in December in the parallel market, despite the billions the Central Bank of Nigeria poured in to defend the national currency. At a stage, it was forced to change its policy by allowing Diaspora remittances to be withdrawn in the currencies they were sent home.

To get by, the regime resorted to a woolly deregulation of imported fuel prices, but it still failed to collect trillions of naira in taxes. The central and state governments owed a backlog of salaries and pensions. Debt, with little to show for it, is going up. As of June 2019, total public debt was $83.9 billion—14.6 per cent higher than 2018. It represented 20.1 per cent of GDP, up from 17.5 per cent the year before, says the World Bank. Domestic public debt reached $56.7 billion; the external public debt component was $27.2 billion. FDI is receding because of insecurity and the poor ease of doing business environment. A 2020 UNCTAD report said FDI flows to Nigeria totalled to $3.3 billion in 2019, showing a 48.5 per cent decrease compared to the previous year’s $6.4 billion in 2018.

The infrastructure curse bit harder. Most roads were impassable; the pandemic slowed down reconstruction. Largely, the seaports became a metaphor for all that is wrong with Nigeria. The Apapa ports, which have a potential to fill the fiscal hole created by low oil prices, were mired in neglect. Nigeria loses N20 billion on a daily basis there, yet the Buhari regime is clueless on how to turn things around positively. That is a shame.

In addition, Nigeria was racked by a high-level of insecurity. Banditry escalated in the North. Sokoto, Zamfara, Niger, Katsina and Kaduna turned to bloody killing fields. Sectarian bloodshed plagued Kaduna. The peak came on December 11 when bandits/terrorists abducted 344 pupils of the Government Secondary School in Kankara, Katsina State, reminiscent of the 2014 abduction of 276 schoolgirls in Chibok, Borno State, and another 110 other girls in Dapchi, Yobe State, in 2018. Boko Haram is still a force of terror, slaughtering people and security agents in the North-East, including the massacre of 76 rice farmers in Zabarmari, near Maiduguri in November. In the North-Central and South, Fulani herdsmen militia continued to ravage the settled farming communities. Along with the COVID-19 restrictions, this disrupted the season among the smallholder farmers. The South-West suffered highly from the spectre of insecurity, particularly kidnapping.

All this worsened the delicate food security in 2020. The Food and Agricultural Organisation said 16 states – mostly in the North – suffered food insecurity. That is part of the wider extreme poverty levels plaguing Nigeria. In 2018, Nigeria overtook India as the global capital of extreme poverty with over 80 million of its people living below the $1.95 a day threshold. In the latest count, 105 million Nigerians are affected by extreme poverty. A high number of Nigerians now live in penury, waking up with hunger and going to bed hungry. With jobs not forthcoming, more Nigerians are destined to plunge deeper into the extreme poverty hole in 2021.

The indelible event of 2020 was the rage of the youth, expressed in the #EndSARS movement to protest against police brutality. It started in Delta State, but spread like a bushfire nationwide. It gained international currency soon after it commenced. It was peaceful initially, a demonstration of the power of the people when they are organised, until hoodlums infiltrated it by burning, stealing and looting private and public properties. The height was the callous shooting of the protesters at the Lekki Tollgate on the night of October 20 by rampaging soldiers. Although the murderous onslaught ended the occupation of the tollgate, it spurned large-scale nationwide spree of rioting, looting and arson. The hoodlums looted and torched government and private warehouses where palliatives were kept; attacked prisons to free inmates, burnt police stations and murdered police officers everywhere. In Lagos, the state suffered a N1 trillion economic loss as assets like public service buses, banks and private businesses went up in smoke.

The public education sector was submerged in a flood of strikes. At the beginning of the national lockdown in March, the Academic Staff Union of Universities embarked on the action alleging the Federal Government’s neglect of tertiary education. The union refused to back down when the government reopened the country in August. Unlike their counterparts studying in private universities, the students in public institutions have lost three semesters of study. This is most dispiriting.

On the political front, the Independent National Electoral Commission conducted governorship elections in Edo and Ondo states. In many of the bye-elections, poor voter turnout was evident, a sign of the militarised nature of polling in Nigeria. The despondency in government took centre as Nigeria marked 60 years of independence from Britain on October 1 with commentators lamenting the sorry state of the country. A cleric, Matthew Kukah, is the latest to draw the ire of the Buhari regime for his Christmas homily: succinctly, he said Buhari, with his incompetence, is “presiding over a country with the prospects of a failed state.” Kukah is on point. Under Buhari, Nigeria is failing and falling rapidly into anarchy on several fronts.

The year 2020 is one that will become part of the collective memory of the people. A pandemic, massive unemployment, un-measurable poverty and nationwide protests focused on the unrelenting and unremitting pain of police brutality, which ended in torrents of bloodshed marked the low points.

But then, what does 2021 look like? Unfortunately, there is no hope that it has the potential to be a transformative year, one leading to fundamental change in the fabric of the Nigerian society. The wobbling and pussyfooting will continue until 2023 when Buhari’s clueless regime ends. After nearly six years in the saddle, it is obvious Buhari is not in control and his regime lacks the basic ideas and courage to bring about the change Nigeria needs. At a time when the country needs decisive leadership and the President’s close aides seek the levers of power for its sake, it is really a dire time to be a Nigerian.

The option for a better future lies with the citizens. Therefore, Nigerians should take their destinies in their own hands, making the restructuring of the country along the true ethos of federalism the main issue in the 2023 general elections.