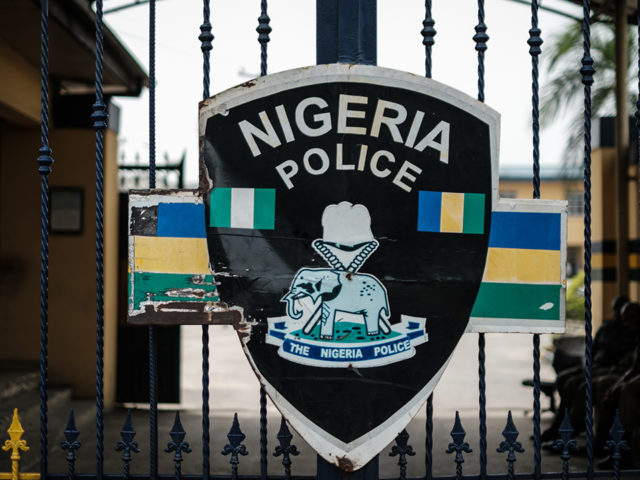 The Managing Director of Emilinks Ltd, Solomon Emeka Nwadiogbu, has filed an N1.5billion suit against the Police and the Lagos State Ministry of Youth, Sport, and Social Development, for alleged violation of his fundamental rights.

He said on several occasions, Policemen and Taskforce officials arrived at his home with buses and Black Maria trucks, with which they planned to take away his children.

The applicant said they claimed to have a court order authorising them to break down his home and take his teenage son and daughter to their mother, despite both kids publicly and repeatedly declining their mother’s offer of custody.

He alleged that they laid siege to his home and offices, prevented him from working, prevented his children from going to school, from taking exams, attending public functions and that he and his kids lived in fear of forcible and unlawful change of custody.

The applicant made the averments in his motion on notice in a suit marked FHC/L/CS/1090/2020, which last came up on December 9 before Justice Chuka Obiozor.

Nwadiogbu alleged that the respondents were causing him mental torture, violated his right to liberty, dignity and freedom of movement and cost him loss of revenue, in relation to a battle for the custody of his children.

In his amended affidavit in support of the application, the applicant said he married Mrs Amos in 2005; they had a boy and a girl and lived in Victoria Garden City, Lagos till 2013 when the marriage broke down.

For peace to reign, he left his home and moved to a hotel in Victoria Island where he spent six years due to threat to his life, leaving behind a business worth over N9.6billion.

He subsequently filed for divorce, but withdrew same in the spirit of reconciliation, after meetings with her family.

He claimed that in his absence, his children, despite his wealth and generous payment for their upkeep, were “starved and made to sell gala, pure water and noodles in Victoria Garden City”.

The applicant subsequently secured custody of his children, and added that following an alleged “bogus” civil complaint by his wife, the second to ninth respondents had been harassing, intimidating and threatening to arrest or detain him, over “a purely family matter”.

Nwadiogbu alleged that the police were threatening him with arrest and unlawful detention, despite his not having committed “any offence known to law,” adding that ministry officials and Taskforce officials had been blocking the entrance to his property.

He averred further: “I am scared for my life, and that of my children. My children cannot go to school, attend public functions, and church for fear of being kidnapped or forcibly held hostage against their will.

“Despite me paying N2.5million yearly as school fees for my children, they could not concentrate in their private study for fear of…some unknown persons who want to take them.”

He averred that he had to procure another home teacher on N240,000 monthly to be teaching his children at home.

Nwadiogbu added: “I singlehandedly paid N110,000 and N60,000 for my son’s National Examination Council (NECO) and Cambridge respectively but the exams could not be taken due to the pandemic.

“I have been downgraded to a guard protecting children physically and psychologically…no Ministry or Government agencies as of date have invited me or the children for interview or examination.”

He is seeking seven reliefs, including a declaration that there is no legal basis for the continued intimidation and harassment and the “attempt to make him forcefully release his children who are in JSS 2 and SSS3 against the children’s will” to their mother, “without a court or any criminal act by the applicant” violates his fundamental human rights.”

He prayed the court to declare that the police lack jurisdiction over the matter and that their intervention was “unethical, unprofessional and gross abuse of Public Office.”

He further prayed the court to grant an order of “perpetual injunction restraining the police from further harassing him, and an order compelling the 1st and 4th – 8th Respondents “to tender a public apology in one prominent national newspaper for the humiliation, embarrassment, and public opprobrium” caused to him.

The defendants are yet to file a defence.