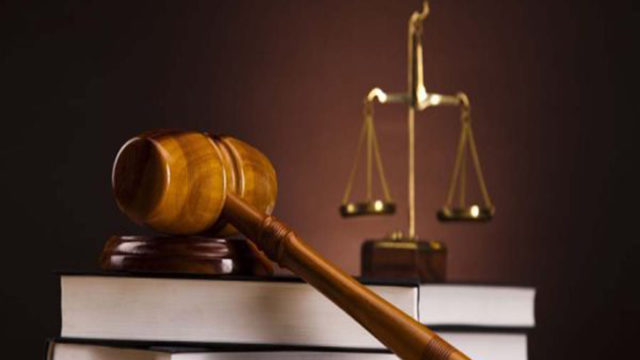 In recognition of his selfless service and contributions to the development of jurisprudence in Nigeria, the Institute for Governance and Leadership Studies in Africa (IGLSA), recently convened a colloquium in honour of Justice Umaru Abdullahi.

With a theme, ‘The Judiciary and Governance in a Democracy’, the one-day event was organized in collaboration with the Committee of Friends on the occasion of Justice Abdullahi’s 81st birthday celebration.

According to the Director-General, IGLSA, Dr. Lanre Adebayo, the occasion was to provide a platform to discuss key issues bordering on the Judiciary and governance in a democratic setting such as Nigeria.

The occasion also served to honour the legal luminary and elder statesman as well as encourage the culture of appreciating leaders, especially those who left an unblemished record of selfless service to the country.

Participants were drawn across the country and as expected, the judiciary was well represented.

Aside the Chief Justice of Nigeria (CJN), Justice Mohammad Tanko Ibrahim, there were Justices of the Supreme Court, President, and Justices of the Court of Appeal, serving and immediate past State Chief Judges, State Grand Khadis, deans of faculties of law in Nigerian universities, the leadership of Nigerian Bar Association as well as individuals and organizations within the legal profession.

Beyond the keynote Address delivered by former President, Nigeria Bar Association (NBA), Abubakar Mahmoud (SAN), there were other resource persons who did justice to the issue in focus.

In his presentation titled, “The Governance of the Judiciary in a Democracy”, the Keynote Speaker, Mahmoud (SAN) described the celebrant as a quintessential judicial administrator who was keenly aware of the constraints but did his best to promote the transparent, accountable, and fair administration of justice and of the courts.

In spite of Justice Abdullahi’s efforts, Mahmoud, however, said efficient, transparent and accountable court administration remained a huge gap in the country. This development, he noted, undermined the ability of the courts to administer justice to the people.

According to him, the current perception of the judiciary and legal profession is very poor due to several factors including delays in administration of justice and perceived corrupt practices.

He frowned at the fact that the growing culture of corruption was fast becoming a way of life and this, he warned, has had more fundamental negative effects on the judiciary as the bastion of hope for the common man.

The keynote speaker also accused some court registries and bailiffs of graft.

The former NBA president also identified difficulty in producing records of proceedings as one of the major challenges confronting Nigerian court system, a situation he blamed on the conduct of court-supporting staff involved in the administration of the courts.

Speaking on factors militating against good governance in the Judiciary, the SAN listed inadequate funding and poor management of the available fund as major challenges.

He particularly showed dissatisfaction with the meager N110 billion budgeted for the Judiciary in the 2020 and 2021 appropriations, respectively.

Other factors that have posed as constraints against good governance in the judiciary, the speaker noted, include a weak judicial appointment system

He said: “Appointment process into the judiciary has arguably much improved but remains subject of severe criticisms. In a recent publication, the Justice Reform Project (JRP) described the process as opaque, perceived to be characterized by patronage and cronyism, and without adequate regard to merit and value”, Mahmoud stated.

Noting that governance reforms are imperative in the judiciary, the speaker believed that the public sector has a lot to learn from the private sector.

Speaking on the governance structure, Mahmoud called for process enhancement through the engagement of technology, innovations as well as human resource development so as to discover talents.

He further admonished separation of judicial functions from court administration.

According to him, this will allow for the professionalization of administrative roles and responsibilities as well as attract relevant talents and competences to the system.

He ended his address by admonishing the judiciary to work assiduously towards restoring public confidence in the once revered third arm of government.

Executive Secretary, Indent Consult Group, Ibe Ikwechegh, in a paper titled “The Honourable Justice Umaru Abdullahi’s Judicial and Governance Models”, took time to eulogize Justice Abdullahi for his indelible contributions to the growth of jurisprudence in the country.

He began by describing the celebrant as an “Institution” whom he had endeavoured to study for many years.

He said: “I am yet to pass its first semester’s course because of his vast and profound judicial character. But here, I will offer you a bit, just a bit of my study of him.

“Abdullahi ceased the opportunity as the President of the Court of Appeal, nay a judicial officer, which spanned the gulf of many decades to lay down his own model of administrative and judicial technique. These techniques are only to be discovered by examining some of the instances in which they were displayed. They were many.

“As a judge for many decades, Abdullahi was not at all ill informed of what are recondite judicial policies. But Abdullahi somehow believed that policies are nothing but a broad statement of goals and ideals and that without life to them, would remain worthless dogma. For instance we all know that justice must not only be done but must be manifestly and undeniably be seen to be done. We know the symbol of justice to be the blindfolded woman who is blind to the identities of those seeking justice before her.

“Every judge or judicial administrator knew these but the real challenge is in converting these judicial creeds into a plan of action.”

The speaker went further to discuss certain instance that Justice Abdullahi used to demonstrate how finesse judicial policies can work.

The speaker in his story recalled that in 1999, the losing candidate in the 1999 Presidential election, Chief Olu Falae, alleged a monumental fraud in favour of the winner, former President Olusegun Obasanjo.

“Edo State was one of the states in which Falae alleged that the irregularities took place. International observers who monitored the election said there were serious irregularities in many areas but they had not been enough to alter the result.

“When the case came up in the Presidential Panel of the Court of Appeal, nobody in the tribunal knew that Abdullahi’’s wife, Hajia Hinde, was the Electoral Commissioner in Edo State. But it was something one could not have hidden indefinitely. It was always worse when the full trial had begun for such a thing to be discovered. In most Commonwealth Law countries, when an issue is made that a Judge may be biased in a trial, the court will always be moved to resolve it first as a collateral issue.

“Abdullahi who was to preside over the case reported to the open court that his wife was the Electoral Commissioner of Edo State, where electoral fraud was alleged to have taken place, and therefore, there was a conflict of interest.

“There was an argument in the court on this development and the opinions were sharply divided. Nevertheless, he disqualified himself and withdrew from the panel.”

He told the cheering guests that justice later gave reasons for his action. According to him, it was not to address his personal weakness of bias that he excused himself but to address the public suspicion and consternation in such matters. For him, the rules relating to bias are more of public centric policy.

According to Ikwechegh, Abdullahi further recognized that judges were not courtroom robots or automatons whose mode actions are simply based on a predetermined manual.

“Firstly to him, the judge exists as participants to the creation of policies that they foster and implement. Secondly, the judge is also an emotive creation whose actions may be coloured by the ordinary human passion.”

“Even though there were only, for convenience, five Justices who worked with him in assembling the Court of Appeal Rules of 2005, it bore the opinion and contribution of nearly all of the Justices at the time.

“I was a member of that Rules Committee then and I remember on one occasion a presiding Justice of a certain division had only peeped to say hi to his brother Justices, Abdullahi ‘literally detained’ him and made him go through the work of the day with us. The 2005 Court of Appeal Rules of the Court of Appeal as a written procedural policy of the court under Abdullahi would become the first-ever robust document guiding the Court of Appeal and which bore the invisible mark of all Justices of the court at the time.

“To the second realization that the Judge is a human being with emotions, Abdullahi had a policy that no two unfriendly justices should work together. So, it became his personal ordinance that Justices or Judges serving in the same panel must maintain a healthy relationship among themselves.

“One might say that with an odd combination of eagerness and reluctance, the Court of Appeal under Abdullahi became consummated in the technology revolution.”

Ikwechegh concluded by stated that Abdullahi was a kind of model in a liberal interpretation of the law and that in criminal law, he maintained a philosophy that insists on the presumption of innocence of an accused person and letting him take the benefit of any doubt.

“However frail and where retribution was inevitable, he was temperate. He has also had the opportunity to demonstrate the benefits of the friendly and comfortable environment as the bedrock for productivity even in the Judiciary.

“In every one of his judicial conducts, his courage and fearlessness would remain a primer for a society willing to offer the best good to its citizens,” Ikwechegh ended.

At the end of the day, it was resolved among others, that the judiciary was critical to Nigeria’s democracy and as such, should be respected and protected; that there was a gap in the silent nature of the judiciary and suggested a judicial advocacy group (JAG) to regularly discuss issues of consensus to the judicial arm of government

It was also resolved that there was the need to constitute a platform of former presiding offices in the judiciary to serve as an interface between the civil society, executive, and the legislative arm of the system as a means of promoting the relationship between states and the civil society in other to promote good governance.

It was equally resolved that there was a need to expose the younger generations to leadership and civic education to mold a better future through effective mentoring and that there is a need to reduce time spent on justice delivery on political matters, especially electrons matters in order to allow proper governance for the people.