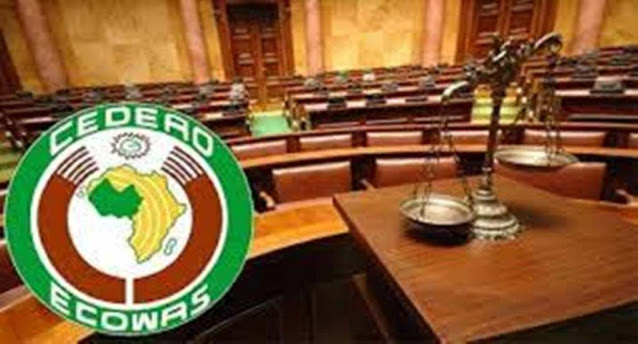 Dr Ken Ukaoha, a trade and economic development advocate, has urged ECOWAS to ensure that trade and border-related laws and policies within West Africa are implemented dutifully.

He made the call on Saturday in Abuja while reacting to the reopening of four land borders by the Federal Government on Wednesday.

The land borders approved for immediate re-opening were Seme in the Southwest, Ilela in the Northwest, Maigatari in the North-West and North-Central, and Mfun in the South-South.

Other borders will reopen on or before Dec. 31.

Ukaoha advised that ECOWAS and the Nigerian government should ensure that all tripartite agreements between Nigeria, Niger and Benin Republics, arising from the border closure were fully consummated and implemented in spite of the reopening of the borders.

“Essentially, the destruction of warehouses used by smugglers along the corridors and buffer zones must be treated with despatch to avoid reoccurrence of illicit activities that led to the closure, Ukaoha, also President, National Association of Nigerian Traders, said.

“ECOWAS and all member states should show commitment and ensure absolute respect to the ECOWAS Trade Liberalisation Scheme to lift the volume of intra-regional trade to an enviable position.

“This will act as a pedestal to benefiting from the African Continental Free Trade Area.

“Now that the borders are re-opened, Ghana and Nigeria must begin to regard themselves as borderless states and brothers as well as pacesetters and purveyors of regional economic integration,’’ he said.

Ukaoha added that while persons and goods of Ghanaian origin must be granted unhindered passage to the Nigerian economic space, Nigerian traders in Ghana must be accorded premium respect.

He stressed that Nigerian traders in Ghana should be granted dignity and respect as community citizens rightly pronounced and legally conferred on them by the ECOWAS Treaty.

He said also that complying with the policies would improve the domestic economies of member countries and enhance the integration process.

Ukaoha noted that the Inter-State Road Transit Protocol, the Brown Card policy of ECOWAS, and policies such as the Rice Offensive must be obeyed by all the 15 member states of the sub-regional body.