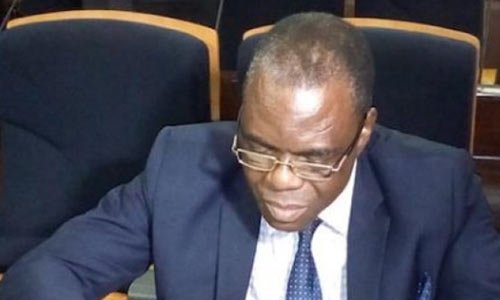 He noted that the purpose for which AMCON was established was in order to regularize some misnomers in the banking system as a result of the 2008/2009 financial crisis, and to achieve this, there is a need for the institution to be vested with radical powers to achieve this mandate.

He was quoted in a statement by AMCON as saying this on Thursday, with the title ‘N5tn Debt: AMCON requires complementary radical powers – Justice Tsoho’.

The Chief Judge made this known at the 36th Annual Judges Conference while addressing Judges of Federal High Court at an interactive session with the management of AMCON in Abuja.

The Chief Judge highlighted 8 factors responsible for the crisis in the banking system, that led to the establishment of AMCON.

Justice Tsoho said “Eight factors were primarily responsible for the crisis in Nigeria. They include macro-economic instability caused by large and sudden capital inflows; major failures in corporate governance in banks;

“Lack of investor and consumer sophistication; inadequate disclosure and transparency about the financial position of banks; critical gaps in regulatory framework and regulations; uneven supervision and enforcement;

“Unstructured governance and management processes at the Central Bank of Nigeria as well as weakness in the business environment”, he said .

Besides, he said there is a need for the country to support AMCON’s quest in the debt recovery process and that the abnormalities leading to its establishment must be avoide

Justice Tsoho also said that Nigeria responded by establishing AMCON to help in stimulating recovery of the Nigerian banking system through the buying of non-performing assets of troubled banks and recapitalise the banks.

He however added that the concerns for the country’s financial system is genuinely imperative because the crisis exposed other challenges in the financial system that needed urgent attention before relapse into a total collapse.