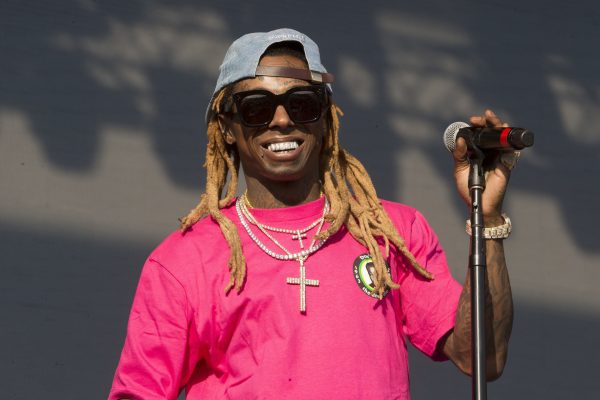 Rapper Lil Wayne is facing up to ten years in prison after pleading guilty to a federal charge that he possessed a handgun despite being a convicted felon.

Lil Wayne nee Dwayne Michael Carter, 38, entered the plea on Friday during a hearing held remotely before U.S. District Judge Kathleen Williams, who is based in South Florida. The Judge set a sentencing date for January 28.

Carter is currently free on $250,000 bail but has had to surrender his passport.

The “Lollipop” rapper admitted possessing the .45 calibre, gold-plated handgun and six rounds of ammunition after his private plane was searched by federal agents on arriving in Miami from California on 23 December 2019.

A search warrant said Carter told investigators the gun was a Father’s Day gift. Carter already has a felony gun conviction dating back to 2009. He was sentenced to eight months in a New York prison for that offence, and convicted felons are subsequently barred under federal law from possessing firearms.

Carter’s lawyer, Howard Srebnick, said he considered a motion to suppress the search of the plane as a violation of the rapper’s constitutional rights. Carter, he said, wanted to accept responsibility.

“I must say I thought it was a very viable motion. He has decided not to pursue a motion to suppress,” Srebnick said.

Srebnick previously argued that the circumstances were fit for Supreme Court review because the issue of a convicted felon possessing a gun hadn’t been decided as a constitutional question under the Second Amendment.

He noted an opinion from Justice Amy Coney Barrett, prior to her being confirmed to the Supreme Court last month, in which she argued that only dangerous felons should be stripped of their rights to bear arms under the Second Amendment.

“Although the Supreme Court has not yet decided the constitutional question, Justice Amy Coney Barrett recently wrote an appellate dissenting opinion in which she stated that ‘absent evidence that he either belongs to a dangerous category or bears individual markers of risk, permanently disqualifying [a convicted felon] from possessing a gun violates the Second Amendment’.”

The opinion was not related to the rapper’s specific case.

The Miami U.S. attorney’s office also said in the news release that investigators found small amounts of cocaine, ecstasy, and oxycodone in a bag belonging to Carter, but he was not charged with any drug crime.