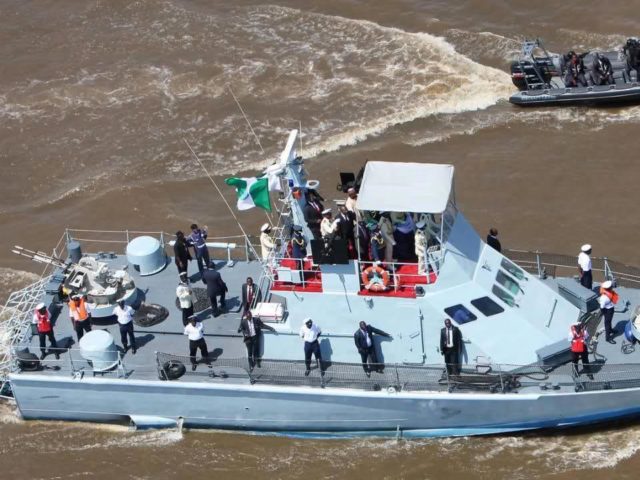 Some landlords and tenants of Dejuwogbo community, Oke-Ota Ona, Ikorodu, have fled their homes following a threat notice pasted in the neigbourhood by gunmen suspected to be robbers.

Those who have not temporarily relocated are apprehensive about their safety as they endure fearful nights.

City Round learnt that the locals woke up last Saturday to the posters of masked armed men pasted in strategic points in the community.

In the notice, the gunmen threatened to attack the community on Christmas Eve, Christmas Day and Boxing Day, and demanded maximum cooperation.

Some of the community leaders, who spoke on condition of anonymity, told our correspondent that residents had become nervous since the notice was pasted.

One of them said the threat had been reported to the police at the Igbogbo Police Station and they promised to do something about it.

He said, “We woke up to the notice on Saturday morning. They pasted the posters across the community but they are more prominent in some parts. Two were pasted on the wall of a mosque. They didn’t paste them at the main entrance where our security men could have easily seen them. Some people are suspecting that insiders might be involved.

“The tension has been very high. If you get to our community by 8pm, you may not see anybody outside again. Some people have relocated temporarily. Some would come home in the morning and leave in the evening. On our own, we are putting gates at some points and installing security gadgets.”

A landlord explained that some thugs looted a warehouse belonging to a politician in the community during the violence that broke out during the I protest, noting that the robbers might have been emboldened by the act.

He added, “The problem is that the government does not allow security guards to use guns whereas those who are planning to attack the community are coming with guns. If you don’t want the security men to bear guns, give us an armed policeman who can be with them. We are appealing to the government to allow them to use guns even if they have to register the guns.”

A resident and father of one said the notice had left his family traumatised and deprived them of pleasurable nights.

He said, “It has been a very nasty experience. We are now awoken by any slight sound at night. On Sunday while we were asleep, I heard the sound of the gate around 4.30am. My wife got out of bed and alerted me. I tried to calm her. We eventually discovered that it was our neighbour who was going to work.

“I can no longer go to work early. I now wait till 6am. This is the first time I would see robbers threatening to attack a community and I have been living here for four years. Children who are grown enough now live in fear. Some people have left the community because of this.”

The notice is a follow-up to the rampant criminal activities happening in Ikorodu in recent times.

On Sunday, some gunmen stormed Igbe-Lara in Ikorodu and killed two businessmen.

A youth leader, Rasheed Fatuga, said that there have been recurring cases of cult killings and robberies in the area.

Fatuga stated, “The robberies have been going on in Ikorodu Division even before the #EndSARS protest but after the protest, armed robbers, hoodlums and cultists now capitalise on the absence of policemen to inflict sorrow on the community. No community is safe now. Nobody is safe also.

“The notorious places for robberies now are Benson, Ikorodu Garage Roundabout, Ojubode and Sabo/Kasoleri area. I learnt last week that a mother was on a bike around Kasoleri when some people suddenly grabbed the child on her back and ran off.”

According to Fatuga, robbers now strike early morning and late evening, dispossessing passersby of their mobile phones, cash and other valuables.

“If you are inside a Keke Napep (tricycle) or on a bike, you shouldn’t use your phone because it can be snatched by hoodlums,” he added.

Aminat Ogunnaike, a member of a Facebook group, Ikorodu Ambassadors, lamented on the platform on Monday that robberies within Gbadamosi and Molupa junction in Itunpate, Ikorodu had “skyrocketed.”

She wrote, “A friend of mine was going home at 10:30pm or so. He was living around Gbadamosi junction. While knocking, they (robbers) hit him on his head with a cutlass, robbed him of his two phones and N21,000 cash. This happened on December 1. They robbed him of a whole November salary.”

Another member of the group, Babatunde Gabriel, described the security situation in Sabo Garage, Ileepo Oba and Eyita as the “worst”.

He said the #EndSARS violence aggravated the insecurity, adding that the police were afraid to be on the streets for fear of being attacked by hoodlums.

Sonibare explained, “The CDAs have Community Policing Forum. We invited all the CDA executives and other stakeholders to a meeting last month. We invited all the Divisional Police Officers in Ikorodu to deliberate on how to curb this menace. Two DPOs came and we analysed the situation.

“The Lagos State Government needs to do a lot to ensure that the police are back to the streets. The rate of killings in Ikorodu has been very high recently. It is largely as a result of cult clashes and in some cases the cultists have turned to armed robbers.

The CDC chairman stated that it was difficult for security guards employed by CDAs to secure the communities, noting that they are mere gate keepers not allowed to bear arms.

He said, “These robbers are people with sophisticated weapons. The security in Ikorodu is nothing to write home about now. Policemen are not on the road. They think twice before coming out of their stations even when we go to their stations to call them. Government needs to do something fast and give the police what they need to work.”

The Police Public Relations Officer in the state, SP Muyiwa Adejobi, said the command was aware of the threat notice pasted in Dejuwogbo and the security situation in Ikorodu as a whole.

He said, “Yes. We got the information. The Commissioner of Police has swung into action. He has mobilised more police personnel to Ikorodu to augment their (police) strength. He has also instructed the area commander in Ikorodu on steps to take. He will also address a security forum on the happenings in Ikorodu. So, we are prepared to suppress any crimes and criminality in the state.”