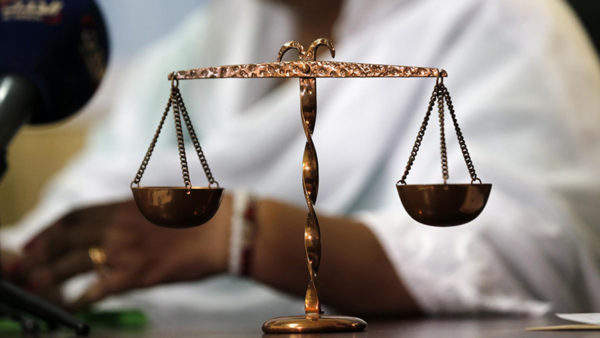 The Economic and Financial Crimes Commission had in April 2019 arrested Nwankwo for allegedly obtaining N1,153,700.00 from students under false pretences.

He was subsequently arraigned on six counts bordering on conspiracy and obtaining money under false pretences before Justice N. I. Buba of Federal High Court.

Delivering judgment on Thursday, Justice Buba declared that the prosecution counsel proved his case against the defendant beyond reasonable doubts and sentenced Nwankwo to one year imprisonment.

The court further ordered him to make restitution of the sum to the affected students and that it must be paid between the date of judgment and March 2021.

EFCC said in a statement that one Eze and 19 other students had petitioned the Enugu Zonal Office of the commission, alleging that they were deceived into believing that the polytechnic was partly owned by the Enugu State Government and accredited by the appropriate authorities.

“Based on that conviction, they paid sums of N5,000 for admission form, N10,000 for acceptance fee and N35,000 for first semester school fees, before discovering that it was an illegal institution,” the statement added.