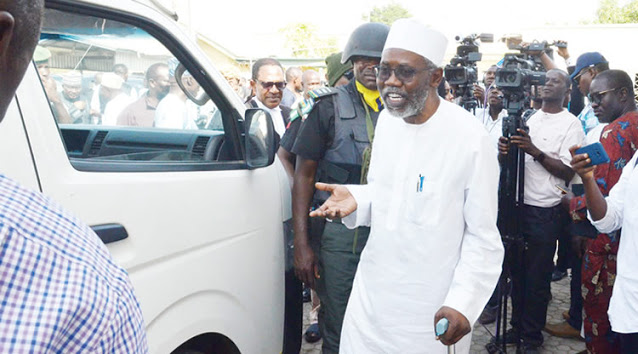 The Federal High Court in Abuja on Friday granted permission to a former Attorney General of the Federation and Minister of Justice, Mohammed Adoke (SAN), to travel for medical check-up at the United Arab Emirate, where he was in exile for about five years.

Adoke had fled to the UAE shortly after leaving office in 2015.

He returned to the country and was immediately arrested by the Economic and Financial Crimes Commission as he arrived the Nnamdi Azikiwe International Airport, Abuja on December 19, 2019.

He has since been facing multiple charges, including money laundering, before various courts which had ordered the seizure of his passport as a bail condition.

Ruling on Adoke’s application for permission to travel to the UAE on Friday, Justice Ekwo ordered the release of his passport to enable him travel to the foreign land on health grounds from December 15 and return on or before January 10, 2021.

Already, his trial alongside a businessman, Aliyu Abubakar, has been scheduled to resume before the court on January 11.

The judge upheld the contention of Adoke’s lawyer, Kanu Agabi (SAN), saying such application was within the discretion of the court to grant.

He said the application was granted allowing the ex-AGF to travel to UAE on health grounds.

The EFCC accused Adoke and Abubakar of using large sums of money, which allegedly formed part of their unlawful activities, and accepting the amounts exceeding stated threshold outside a financial institution in violation of the money laundering law.