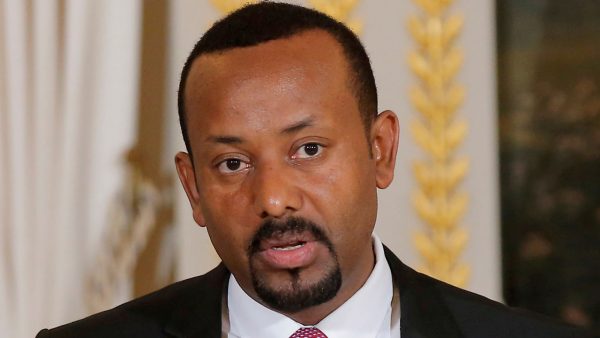 Ethiopia’s Prime Minister Abiy Ahmed insisted Friday that his government would take the lead in delivering aid to Tigray, where his troops have been fighting forces loyal to the regional government.

The United Nations and aid agencies have been unable to access the region since the start of fighting and are deeply worried over the plight of civilians and refugees — as well as their own staff on the ground — and have called for unfettered access.

Abiy, the winner of last year’s Nobel Peace Prize, said Friday that his government was capable of providing humanitarian assistance, and would be in charge of what aid was delivered and where.

“The delivery of assistance lies within a coordination framework under the federal government’s overall authority,” he said.

Abiy added that, because of ongoing insecurity, “access will be coordinated in consultation with the federal government.”

Any suggestion his government was not “committed to ensuring that vulnerable communities in Tigray region are provided the necessary humanitarian assistance” was, Abiy said, part of a “misinformation campaign”.

In his statement, Abiy listed truckloads of food and medicine he said was being sent to Tigray.

Ethiopia has bridled at suggestions that outsiders might play a leading role in assisting a population that suffered under nearly a month of conflict between federal and regional forces.

The government has repeatedly insisted that its “rule of law operations” in Tigray are aimed solely at the TPLF leadership, not Tigrayan civilians.

Nevertheless, thousands have been killed since fighting began, according to the International Crisis Group think tank, and around 50,000 people have fled to refugee camps across the border in Sudan.

This week, the UN rights chief Michelle Bachelet said the conflict was having an “appalling impact on civilians,” including multiple reports of ethnic massacres and ethnic targeting.

Announcing a fresh agreement with Ethiopia on humanitarian access on Wednesday, UN Secretary General Antonio Guterres promised the deal will “make sure that there is full access to the whole of the territory, but emphasised that this must happen “without any kind of discrimination.

In a sign of the depth of tensions over where and how aid agencies should operate in Tigray, a UN team was shot at by Ethiopian forces on Sunday and briefly detained, a government spokesman said this week.

He said the team ignored instructions and drove through checkpoints before being fired on, and blamed them for the incident, saying they had embarked on “a kind of adventurous expedition”.

The risks faced by international aid agencies were underscored on Friday when the Danish Refugee Council confirmed the deaths of three of its security guards last month, and the International Rescue Committee (IRC) said one staff member had been killed.

An estimated 600,000 people in Tigray were dependent on food aid before the fighting began, including 96,000 refugees from neighbouring Eritrea.

A government communications blackout combined with tight restrictions on access to Tigray has made it very difficult for aid agencies to confirm the whereabouts and safety of their staff in the area, as well as the refugees and civilians they support.

“Communication with the area is extremely difficult and we are still working to gather and confirm the details surrounding the events,” the IRC said.

Despite last month’s victory declaration, the UN and aid agencies have said fighting continues — but Abiy dismissed these reports as false.

“Suggestions that humanitarian assistance is impeded due to active military combat… is (sic) untrue and undermines the critical work undertaken by the National Defence Forces to stabilise the region,” he said.

Abiy characterised the ongoing hostilities as “sporadic gunfire… (that) need not be misconstrued as active conflict.”

The communications blackout and restrictions make it impossible to independently verify claims regarding the nature of any ongoing fighting.