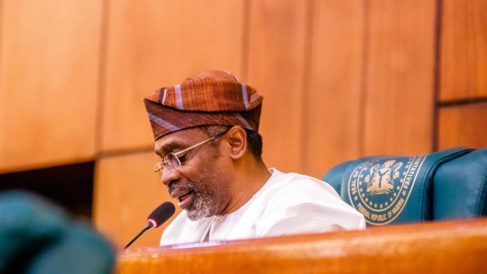 The Speaker of the House of Representatives, Femi Gbajabiamila, has reiterated the commitment of the House to speedily pass the 2020 Finance Bill.

Speaking at a one-day public hearing organised by the James Faleke led House Committee on Finance, the speaker underlined the need to ensure the passage of the finance bill to achieve the goal.

According to him, “​The Finance Bill which we have gathered here to consider and to contribute to, will determine amongst other things, our ability as a nation to fund the 2021 budget, meet the obligations of government and implement policies to build infrastructure, address the problem of insecurity, grow the economy, and provide jobs that pay a living wage and lift families out of poverty.

“It is an important piece of legislation, deserving of thorough consideration, and reasoned debate by the parliament of the people, acting in the best interests of the people.

“We have a responsibility as legislators to meticulously review and examine every aspect of this Bill to ensure that we produce a legislative document that is clear in its objectives, thoughtful in the mandates it imposes and reflective of the best aspirations of all our citizens.”

Gbajabiamila said that the public hearing provided an opportunity for a broad-based discussion on the bill, urging full participation from major stakeholders.

He stated that, “​This public hearing moves us closer to that laudable objective by providing an opportunity for citizens and legislators to jointly consider the contents of the Bill.

“It is expected that over the course of this public hearing, citizens will advance ideas and make recommendations that will improve the quality of the legislation and ensure the varied interests and considerations of all Nigerians are taken into view before final enactment into law of this essential legislation.”

In her presentation, the Minister of Finance, Budget and Planning, Zainab Usman, said the major reason behind the bill was to address issues that were lacking in the 2019 Finance Bill as well as deepen the innovations it had started.

However, she said the 2020 proposal dealt largely with taxation and tax administration.

“There are four major priority reforms that are in this bill.

“The first is the reform in the Customs and Excise Tariff Act, which is the proposal to provide fiscal support for mass transit by reviewing import duties and levies downwards.

“Second is the reform in Stamp Duty Act which is not to remove the tax but change it to a new legislation to conform with present times.”

The third major reform, according to her, is the alignment of the Company Income Tax and the Capital Gains Tax rates, aimed at eliminating the current abuse the two are being subjected to.

She also said the bill sought to address the federal issue of division of taxation power so that opportunities would no longer be lost as presently being experienced.

In his opening remarks, the chairman, House Committee on Finance, James Faleke, said the proposed amendments to 18 tax-related and dividend laws were in line with the Legislative Agenda of the 9th House.

“The 9th House of Representatives in its legislative Agenda clearly identified as priority to “Conduct a review of all Federal tax laws to encourage investment; to incentivize enterprise; ensure fairness and curb tax avoidance and evasion through the use of ICT in tax collection and administration,” Faleke said.