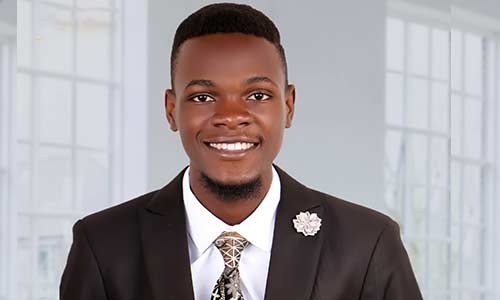 Mr A hits Mr B’s car in traffic, Mr B sues Mr A for the repair of his damaged car. Mr A’s Counsel did not appear for the court hearing hence the court adjourns the matter, at the next hearing Mr. A’s Counsel raised a preliminary objection hence the matter delays for another 3 months. The matter came to an end after four years and Mr B was awarded only N50,000 for damages.

Mr A hits Mr B’s car in traffic, Mr B takes the matter before an Arbitral tribunal, both party settle amicably within a month and they lived happily ever after.

Which of these stories would you prefer to cast in?

In the first scenario we can deduce that-

Mr B spent money to hire a Lawyer.

Mr B had to manage his damaged car for four years.

Mr B had to wait for Judgment for four years.

After 4 (four) years Mr B gets only N50,000 from the court which is definitely not enough to reimburse himself for contracting the service of a Lawyer and fix his damaged car.

Mr B went back home a sad man even though judgment was given in his favour.

Mr A and B will definitely not be acquaintances after the entire showdown.

In the second scenario we can deduce that-

The entire proceeding ended within a month.

Mr A and Mr B left the Arbitral tribunal with a sense of satisfaction.

Mr A and Mr B might not have even hired the services of a Lawyer.

Mr A and Mr B have no grievance against each other.

Before we go further, tt is expedient to pause and define what Arbitration is. Arbitration is a form of alternative dispute resolution (ADR), used in place of litigation (going to court) in the hope of settling a dispute without the cost and time of a court cage. Litigation is a court-based process that involves a decision that is binding on both parties and a process of appealing the decision.[1] The Arbitration and Conciliation Act (Chapter A18, Laws of the Federation of Nigeria 2004) is the national arbitration law. Some states have also enacted their own arbitration laws. In Lagos, the Lagos State Arbitration Law 2009 applies to all arbitrations that have not specified another law.

For the purpose of clarity, I will mention a few reasons why Arbitration is the easy way out of settling disputes as opposed to litigation.

Arbitration typically provides a speedier resolution than proceeding in court.

Court litigation is largely controlled by statutory and procedural rules. Through provisions set forth in a construction agreement or upon mutual agreement of the parties once arbitration has commenced, the parties have the opportunity to establish rules and limits for pre-hearing exchange of documents or interrogation of witnesses, the manner in which an arbitration hearing will be conducted and the level of detail to be included in an arbitration award.

Arbitration often is less costly than court litigation, primarily due to the compressed schedule for the completion of discovery and trial.

Arbitrator / Judge.  The soundness of any adjudication is largely dependent upon the quality of the arbitrator or trial judge.  In the arbitration process, the parties select the arbitrator(s)

Arbitrators are selected from a pool of professionals, typically with experience in the construction industry and, therefore, may provide a greater level of expertise than a judge.

Arbitration as a means of settling of disputes has continued to gain prominence all over the world. The world is now shifting from a rigid and formalized way of settling dispute to a more open minded and satisfactory approach which guarantees a short term proceeding. It is the present and the future. Nigeria has not been left out in the scheme of things. As a matter of fact even the litigation houses (court) in Nigeria via plethora of cases are beginning to shift the focus of parties in disputes to Arbitration by taking arbitration clauses very seriously and ensuring that parties that submit themselves to arbitration respect the process.

In the case of Felak Concept Ltd v A-G, Akwa Ibom State[2] the court held among other things that –

A court is bound to stay proceedings in favour of arbitration unless it is satisfied that there is sufficient reason to justify the refusal to refer the dispute to arbitration.

While litigation may be open to parties and need not be stated in contracts between parties as contended by the appellant, the presence of an arbitration clause would supercede litigation.

The recent decisions of Nigerian courts show the attitude of Nigerian courts to arbitration, which is encapsulated in the judgment of the Supreme Court in the case of Mekwunye v Imoukhuede – where the court declared that Nigeria is an arbitration friendly jurisdiction. The Federal High Court decision in the case of NNPC v.Total E & P Nigeria Limited and others further shows that the court reached its decision not to decide the merits of the NNPC’s application based on what the court described as a deliberate policy choice, intended to demonstrate the wider policy of zero or minimal judicial intervention in arbitration and to deny parties the utilization of the courts to scuttle the arbitration contracts which they have freely entered into.

Furthermore, The Federal High Court recently released The Federal High Court (Alternative Dispute Resolution) Rules 2018, the objectives of which are, principally, to enhance access to justice by providing alternative mechanisms to supplement litigation in the resolution of disputes; and to minimize frustration/ delays in justice delivery by promoting standard procedural framework for fair and efficient settlement of disputes.

The fear of disputing parties might be the “enforcement of an Arbitral award”. Nigerian courts tend to uphold arbitration agreements. Arbitration agreements are enforced by a successful application for a stay of proceedings and a reference of the dispute to arbitration. Courts rarely refuse such an application where the applicant has shown that it is ready, able and willing to arbitrate the dispute. To adumbrate further-

Section 31 of the Act provides that an arbitral award shall be recognized as binding unless any of the parties request the court to refuse recognition or enforcement of the award.

A party relying of the award or applying for its enforcement shall supply:

(a) The duly authenticated original award or a duly certified copy thereof.

(c.) Where the award or the agreement is not made in English language, a duly certified translation thereon into English (Section 51(2) ACA).

Hence it can be seen that enforcement is also not an issue.

It is however of keen importance to state that not all matters can be settled via Arbitration.

Generally, disputes arising out of tax matters (Esso Petroleum and Production Nigeria Limited & SNEPCO v NNPC, Appeal CA/A/507/2012), criminal matters, matrimonial causes matters, illegal and void contracts or matters leading to a change of the status of the parties are not arbitrable. The test is whether the dispute can be compromised lawfully by way of accord and satisfaction. See: United World Ltd Inc v MTS [4]

There is no doubt that globally arbitration has become very essential for the resolution of abatable disputes over traditional litigation in the Law courts. Its efficiency, simplicity, flexibility, party autonomy and cost effectiveness are among the many reasons why Arbitration is the preferred method of settling disputes all over the world especially among commercial businessmen. Arbitration is gradually gaining more grounds in Nigeria. The courts fully recognize it, Judges, Lawyers and professionals from other fields of study in large numbers participate in professional training to become Chartered Arbitrators yearly.