The Constitutionality In NASS Summoning Buhari By The National Assembly – A Reply To AG. Malami
Editor
December 10, 2020
10:04 am 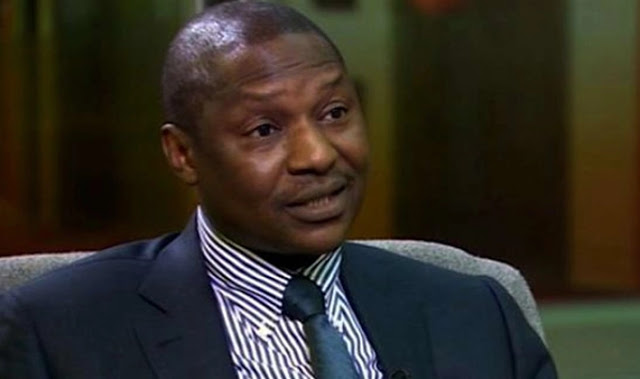 The Senate last week passed a resolution summoning the President over the rising insecurity in the County; particularly over the gruesome killings of about 43 rice farmers in Zabarmari, Borno state, by the jihadist terrorist group, Boko Haram which is notoriously known for it’s sophisticated attacks. The social media was awash of negative reactions which trailed the event and the call for the sack of the security chiefs in the country for their failure and ineptitudeness to tackle insurgency.

While this was ongoing, The Attorney-General of the Federation, Abubakar Malami asserted through a shocking statement yesterday that the National assembly of Nigeria has no constitutional powers to summon the President. His arguments were glaringly drawn from Section 218(1) of the 1999 Constitution where he expressly canvassed the discretionary power of the President to determine the operational use of armed forces in Nigeria and that no such rights extends to the National Assembly. The arguments are quite brilliant. However, the Brilliant AGF seems to have applied the wrong section of the law in a devastating and wrong situation.

Unarguably, the President has the right to determine the operational use of armed forces in the country by the express provision of Section  218(1) of the CFRN. However, it creates no clause as to debar the National Assembly from summoning and/or subjecting him to questions as to his duty arising under this section. Moreover, the NASS is empowered by the provision of Section 88(1) of the 1999 constitution to cause investigation into any matter or thing with respect to which it has power to make laws and the conduct of affairs of any person, authority, ministry or government department charged or intended to be charged with the duty of or responsibility for executing or administering laws enacted by the National Assembly.

“…The National Assembly shall have shall have power by resolution published in its journal or in the Official Gazette of the Government of the Federation to direct or cause to be directed investigation into any matter or thing with respect to which it has power to make laws and the conduct of affairs of any person, authority, ministry or government department charged or intended to be charged with the duty of or responsibility for executing or administering laws enacted by the National Assembly.”

Further to its powers, the National Assembly has the constitutional power by virtue of the section 89 (1(c)) of the 1999 Constitution  to summon any person in Nigeria to give clarification or evidence as in related aforementioned investigated matter. That the right of the President to engage the National Assembly and appear before it is discretionary and not at the behest of the National Assembly is nothing but a crying shame, as this clearly doesn’t exempt the president in the circumstance.

It is insulting yet diminishing that the AGF could hasten to decipher the instrumentality of the President to reclaiming of over 14 Local Governments previously controlled by the Boko Haram in North East is an open secret and claiming that  the strategies for such achievement are not open for public expose. This is not appealing. Why were these strategies not used to solving most of the insecurity issues that bedevils the country since 2015. In my candid remarks, it is only an unserious government that hastily clings at a glimpse of achievement in security amid countless insecurity flaws. Perhaps, the respected AGF could do no better than the Honourable Minister for Information and Culture.

It is undisputed that Mr. President enjoys Constitutional privileges and immune from arrest by virtue of Section 308 of the constitution but a direct intervention by the Legislature by inviting the president in  defense and protection of the people of Nigeria is the uphold of democracy which Mr President should cherish, and without such observance, government would degenerate into an arbitrary rule. It is a guarantee of the people’s liberty and for the presidency to stand up to its task.