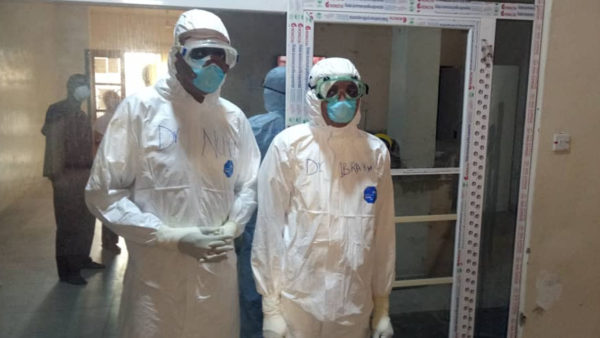 The Nigeria Centre For Disease Control (NCDC), has announced 390 new Coronavirus (COVID-19), infections in the country.

The NCDC made this known via its verified website.

The agency recorded an additional COVID-19 related death, bringing the total number of deaths in the country to 1,181

It said that the new infections have brought the total number of cases in the country to 69,645.

It disclosed that 173 patients were discharged after recovering from the disease across the country.

The public health agency stated that the new infections were spread across 19 states and the Federal Capital Territory (FCT).

According to the NCDC, the FCT and Gombe State recorded the highest number of cases on Monday with 89 new infections each.

It said that a multi-sectoral national Emergency Operations Centre (EOC), activated at Level 3, has continued to coordinate national response activities.

According to the public health agency, as of Dec. 7, 390 new confirmed cases and one death was recorded in the country.

The News Agency of Nigeria(NAN), reports that the country has conducted about 803,621 tests since the first confirmed case relating to the COVID-19 was announced.