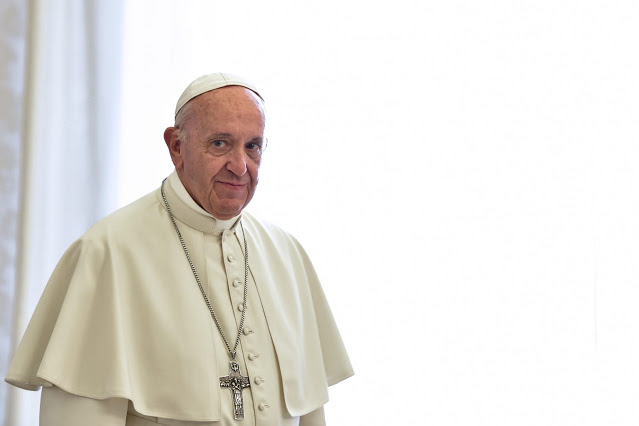 By AFP
Pope Francis on Wednesday condemned the massacre of farmworkers in northeast Nigeria, which was claimed by the Boko Haram jihadist group and left at least 76 people dead.
“I want to assure my prayers for Nigeria, where blood has unfortunately been spilled once more in a terrorist attack,” he said in his weekly general audience.

Remembering those who he said were “brutally killed”, he said: “May God welcome them in his peace and comfort their families, and convert the hearts of those who commit similar atrocities, which gravely offend his name.”

Gunmen on motorbikes attacked the area outside Borno state’s capital Maiduguri on Saturday, slaughtering dozens of labourers in rice fields near the village of Zabarmari.

It was initially unclear which of Nigeria’s jihadist factions was behind the assault, but the Boko Haram group loyal to shadowy leader Abubakar Shekau said in a video Tuesday it was “responsible for what happened around Maiduguri in recent days… especially in Zabarmari.”

At least 36,000 people have been killed and two million displaced since Boko Haram launched an insurgency in northeast Nigeria in 2009. The violence has since spread across the border, into Cameroon, Chad and Niger.

The pope also used his address Wednesday to mark the 40th anniversary of the death of four missionaries who were kidnapped, raped and killed by a paramilitary group in El Salvador during the civil war.

“With evangelical dedication, and running great risks, they were bringing food and medication to the displaced and were helping poorer families. These women lived their faith with great generosity. They are an example for everyone to become faithful missionary disciples,” he said.