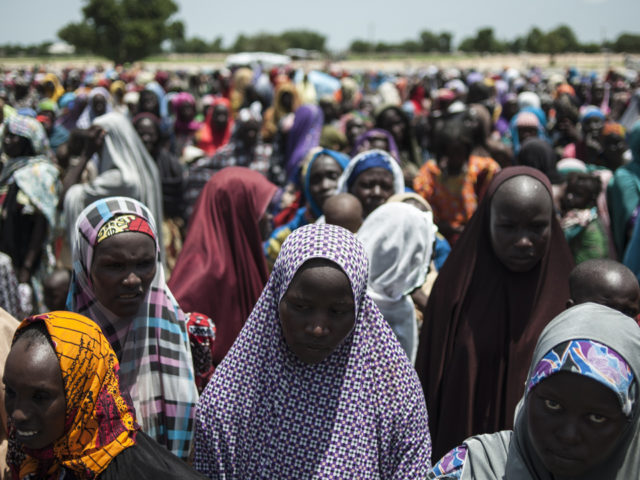 The Mothers and Marginalised Advocacy Centre (MAMA Centre) has called for adoption and transmission of the Child Right Act into law in all states.

In a statement to mark the International Day on Eliminating Violence against Women, the group expressed worry over the delay in adoption and transmission into law, of the ACT since its passage in 2003.

“In spite of various provisions in the 1999 Constitution of the Federal Republic of Nigerian constitution and Child Right Act 2003 frowning at early marriages as a fundamental violation of human rights, we are perturbed at the growing prevalence of child marriage in some parts of the country with resultant early childbirth, decreased development and social isolation of a girl child”.

The group also called for more stringent and holistic policy actions to address recurring violence and abuses against women in both public and private spheres.

“women and girls account for 70 percent victims of global human trafficking with majority subjected to sexual slavery, abuses and dehumanization.

“We are not unaware of the intensity of women subjected to rape, undignified torture, mental and physical abuses on daily basis in all ramifications including armed forces with deliberate silence or pretentious intervention by relevant authority.

“We find it worrisome that nearly one-third of all of Nigerian women have experienced silent physical violence, which encompasses infliction of live-threatening injuries, marital rape and murder, at the hands of their intimate partners; with normalised believe that a husband is justified in beating his wife for a number of reasons.

“These challenges are also not unconnected to women isolated in private homes as domestic workers, who suffer psychological, physical, and sexual abuse. Women and girls who have experienced physical or sexual intimate partner violence report higher rates of depression, having an abortion and acquiring HIV.

“We have been following with keen interest, the horrific trend in rape prevalence across the country with disproportionate response by various authorities including ill-thought commentaries by individuals or group of individuals who publicly hold unfair and despicable views against the victims.

“It is pathetic that such traumatic and injury-inflicted moments are allowed to drag or go unpunished in most cases without adequate policy response to sanction and bring perpetrator(s) to justice.

“While we condemn rape in all forms, we hold firmly to our position that poor policy response in institutionalizing proactive measures and enabling reporting system as well as inadequate judicial in interpretation of processes and laws to adequately sanction offenders continue to pave way for recurring incidence at all levels.

“As rape constitutes a violence against women with traumatic injuries and even death of the victims, we demand that reported cases should be publicly condemned and not be treated with levity in all policy response and judicial interpretation.

“With the increasing incidence of rape in the country, we are disappointed at lack of significant policy response to institutionalise functional rehabilitation and redress system in support of the survivors in seeking solidarity. This exacerbates pro-long deterioration of mental and physical health like depression, anxiety and post-traumatic stress disorder, high blood pressure and sleep loss.”