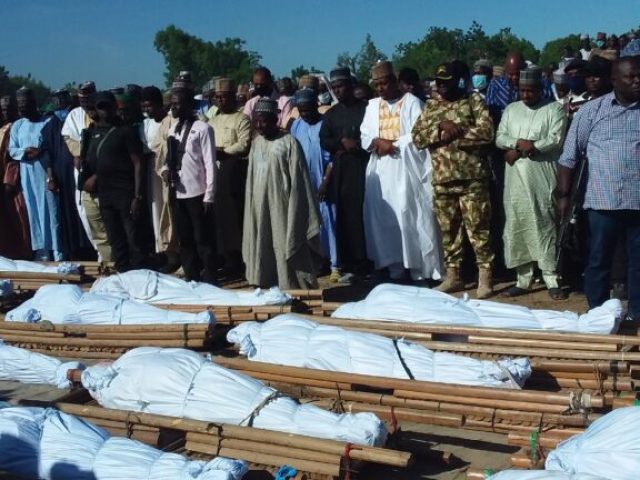 The United Nations (UN) has retracted its initial casualty figure of farmers killed in Borno state during an attack on Zabarmari community's in Jere local government area of the state.

UN said the “gruesome” massacre against farmers killed “tens of people”, amending an earlier statement putting the death toll at 110.

The killings took place in the early afternoon of Saturday in the village of Koshobe and other rural communities in the Jere local government area.

“Armed men on motorcycles led a brutal attack on civilian men and women who were harvesting their fields,” Edward Kallon, the UN’s humanitarian coordinator in Nigeria, said in the statement.

“Tens of civilians were ruthlessly killed and many others were wounded in this attack,” he added.

The armed men are suspected to be members of the terrorist group Boko Haram.

According to Babagana Zulum, governor of the state, 43 residents were buried on Sunday while the government is still trying to retrieve some other corpses.

“In one side, they stay at home they may be killed by hunger and starvation; on the other, they go out to their farmlands and risk getting killed by the insurgents,” he said.

But a presidential spokesman Garba Shehu said the farmers did not get a military clearance before resuming farming activities in the area.

Shehu who spoke to BBC ‘Newsday’ said the government was sad about the tragic incident, but added that the “people need to understand what it is like in the Lake Chad Basin area.”

“The truth has to be said. Was there any military clearance from the military who are in total control of the area?” Shehu queried. “Did anybody ask to resume activity?”

He added that he had been briefed by military authorities that the villagers did not seek military advice before exposing themselves to “a window that the terrorists have exploited.”