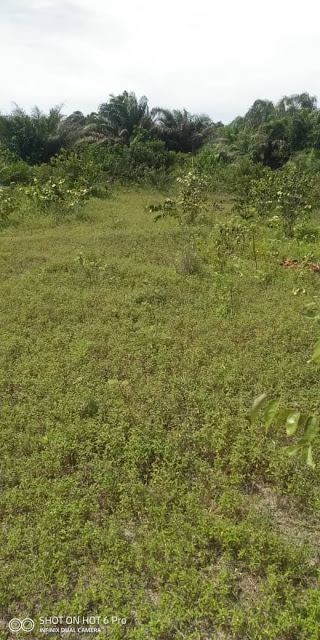 Rivers State Government has begun survey of land in Opobo Kingdom that was recently reclaimed.

Governor Nyesom Wike, who announced the move, said the land would be allocated to the benefitting families and the administration would complete the Ogoni-Opobo-Andoni Unity road project.

The visit was to inform the governor and also invite him as a special guest of honour at the planned Opobo Kingdom 150 years anniversary.

He said the unity road project was important to his administration, and must be completed to fulfill the promiseb made to the Amayanabo that his people.

According to the governor, Opobo people must continue to protect their rich history, do nothing to undermine it. He assured them of government’s support towards the success of the activities marking the 150 years of Opobo Kingdom.

Governor Wike, who noted that the Amayanabo of Opobo Kingdom and his people have been very supportive of his administration and conducted themselves peacefully, urged them to continue in such stead.

Earlier, the Amayanabo of Opobo Kingdom, noted that the recent victory of the state government at the Supreme Court over the disputed Suku Oil Well on the Bayelsa-Rivers States’ boundary is another feat for Wike administration.

King Jaja, who is also the Chairman of Rivers State Traditional Rulers Council, said Opobo Kingdom has enumerated activities for the anniversary celebration.

MEANWHILE, Niger State Government has appealed to the Federal Roads Maintenance Agency (FERMA), to intervene in the deplorable condition of federal roads across the state to ease the movement of motorists, goods and services.

Governor Abubakar Bello said the state has over 80 per cent of deplorable roads in the country, which observers attributed to lack of concern by the federal government. Bello urged FERMA as a matter of urgency to intervene on the Minna-Tegina, Tegina-Kontagora, Jebba-Mokwa, and Mokwa- Tegina on the roads.

Responding, the Managing Director, FERMA, Nurudeen Rafindadi, an engineer, said he was honoured by the visit and that the demand for FERMA’s intervention on maintaining Federal roads in the state would be given priority.

Rafindadi revealed that arrangements have been concluded for the commencement of work on some roads in the state under the COVID-19 intervention projects.