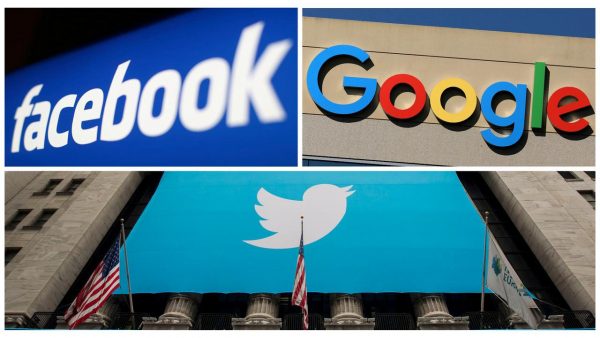 Some 75 major tech players, including Google and Facebook, are backing a French initiative committing them to making a “fair tax contribution” in countries where they operate.

French President Emmanuel Macron unveiled the “Tech For Good” initiative at the Elysee Palace on Monday in a move designed to draw up the ground rules for ensuring the internet is a borderless “free, open and safe space”.

Signing on to the initiative are tech big-hitters such as Google, Facebook, Microsoft, Twitter, Snapchat and Huawei. Assorted tech ‘unicorns’, start-ups and NGOs have also joined.

Two big names yet to sign on are Amazon and Apple, but French presidential sources said both have expressed a “desire” to join.

The initiative comes with France having last week pledged to enforce a new digital levy for online technology giants, breaking a truce with Washington over a long-running tax fight that could prompt a round of punitive US tariffs on French goods.

France has been seeking a global tax accord but the OECD has warned no such deal is immediately in the offing owing to strong US opposition.

Those measures would also seek to guarantee “consumer freedom of choice”.

Signatories also pledge to take seriously their “economic and social responsibilities (to make) a fair tax contribution in the countries in which they operate,” opening themselves up to public scrutiny on the issue.

The tax issue has for years been a highly thorny issue with Google, Amazon, Facebook and Apple widely accused of limiting to a minimum, as do many multinationals, their tax liabilities in a number of countries, notably in Europe.

Under EU law, US-based companies can declare profits from across the bloc in a single member state — and most pick low-tax jurisdictions such as Ireland or the Netherlands.

“Tech for Good” was launched in 2018 as a forum to determine how tech giants and new technology can be a force for the common good in areas such as education and health.