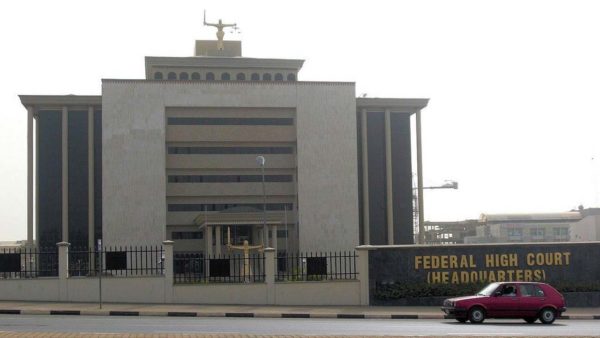 The Federal High Court, Abuja, has set aside the alleged reversal of the consent granted by the Federal Government on the farm-out agreement between Chevron and Transnational Energy Limited (TEL) over Abigborodo and Hely Creeks marginal fields in the Oil Mining Lease (OML) 49.

The court also returned the fields to TEL and awarded $20million damages against the defendants, all of which are Federal Government agencies.

Justice Taiwo Taiwo, who delivered the judgment, upheld the plaintiffs’ claims and granted all the reliefs sought. The suit was filed by TEL and Bresson A. S. Nigeria Limited with defendants including minister of petroleum resources, minister of state for petroleum resources, Department of Petroleum Resources (DPR), National Petroleum Investment and Management Services (NAPIMS) and the attorney general of the federation.

The plaintiffs, through their counsel, Dr. Sijuade Kayode, claimed that a farm-out agreement over the two marginal fields was concluded between TEL and the joint venture operators, Chevron Nigeria Limited in 2017, to, among other purposes, provide feedstock to a gas-to-power project developed by TEL and its partners, which started in 2012.

The plaintiffs told the court that the DPR, in a letter dated February 20, 2017, conveyed a letter of ministerial consent by the minister of petroleum resources, approving the farm-out and its terms.

The plaintiffs further stated that the DPR, in its said letter, also directed TEL to pay a prescribed premium to Federal Government, after which the farm-out would become effective.

According to the plaintiffs, the directive was carried out by TEL with the payment of the prescribed fee of $639,820.65. However, rather than allow the plaintiffs enjoy the benefits of the agreement after the Federal Government had acknowledged receipt of TEL’s payment, the then Chief of Staff to President Muhammadu Buhari, the late Abba Kyari, wrote a memo, purporting to revoke the earlier ministerial consent and claiming that he was acting on the instruction of the President.

The plaintiffs added that the DPR, without prior notice, put the two fields in the 2020 marginal fields basket, even though the fields were not part of the original 57 oil fields approved for the bid round, a decision TEL and its sister company, Bresson A.S. Nigeria Limited, challenged by filing the suit.

The plaintiffs exhibited their audited accounts, business plan and financial model which showed that both plaintiffs had jointly expended $22,718,000.00 on the development of the gas and power side of the project.

They noted that their gas-to-power project elicited a massive international cooperation spanning over 15 countries and involving over 100 experts.

Justice Taiwo, in the judgment delivered on October 18, a copy of which was made available last Friday, held that the defendants failed to supply counter evidence and arguments to disprove the plaintiffs’ claims.

The judge held that “from the preponderance of the facts and documents attached to the affidavits of the plaintiffs in support of the application, I find and I hold that the plaintiffs have proved that they are entitled to the declaratory reliefs being sought.”

Justice Taiwo further held that neither the then chief of staff to the President nor NAPTIMS and DPR has the power to issue any letter reversing the agreement as they purported to have done.