Ajomafuwe, others narrate ordeal from SARS to panel
Editor
November 30, 2020
5:59 am 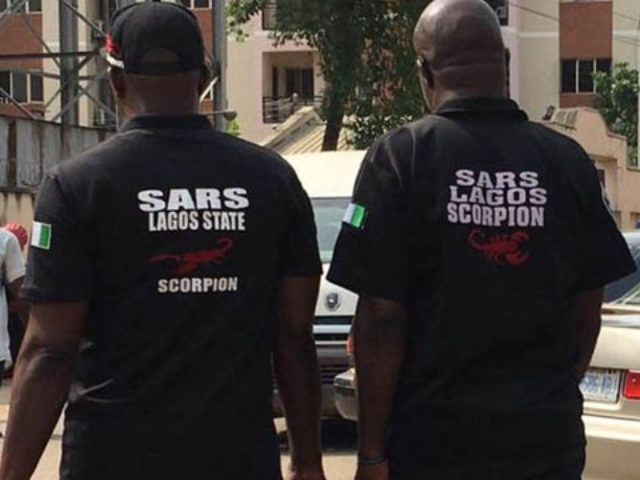 Some members of the audience present at the hearing of the Lagos State Judicial Panel On Restitution for Victims of Special Anti-Robbery Squad (SARS) Related Abuses and Other Matters could not hold their tears as 33-year-old man, Emmanuel Ajomafuwe; a caterer, Mrs. Tolulope Openiyi and Felicia Nkemakolam Okpara, narrated their experiences in the hands of the disbanded officers of SARS.

Ajomafuwe told the panel that the encounter between him and the armed officers degenerated into argument and while he and his girlfriend, Ada Ifeanyi, were still inside the car, “one of the officers, Inspector Dania Ojo, pulled the trigger and shot me on the head. He also shot Ada on her leg and stomach. I was lucky to survive.

He pleaded with the panel to help him and his girlfriend, who had been shot dead by a policeman attached to SARS, get justice.

Openiyi, who was led in evidence by her lawyer, Mr. Babatunde Adefila, alleged that a policeman, Jide Akinola, with Force Number – 32405 of the Sabo Police Station, Yaba, Lagos, shot her husband, Mr. Olusegun Openiyi, to death while he was on his way home from work.

Okpara, one of the two women seen in a viral video being assaulted by some officers of the Surulere Police Station during the #EndSARS protests, testified that she was beaten and made to remove her bra in their presence and in front of the police man, adding: “After taking off my bra, one policeman went inside to bring a broken mop stick and used it on a guy that was also arrested. After beating him, he went out and came back with the same anger and started beating me with a gun. I was scared that what if he pulls the trigger, but I think he realised what he was doing and then stopped and started using the gun butt to beat me.”