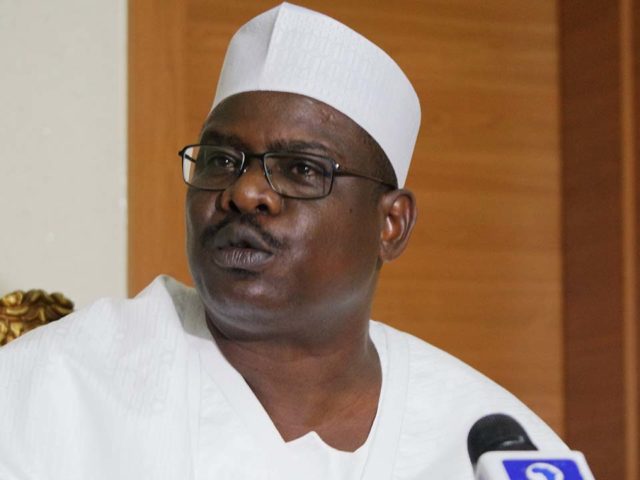 The bail, which was granted yesterday morning, came five days after he was sent to Kuje Correctional Centre by Justice Okon Abang for failing to produce former chairman of the defunct Pension Reform Task Team, Abdulrasheed Maina, in court to face trial for alleged N2 billion money laundering charge.

Justice Abang, while giving the ruling, stated that the court decided to exercise its discretionary power based on the good conduct of Ndume in the course of Maina’s trial.

Recall that Ndume had stood surety for Maina in a 12-count money laundering charge leveled against him and a firm by the Economic and Financial Crimes Commission (EFCC).

EFCC alleged that Maina used the account of the firm for money laundering to the tune of about N2 billion, part of which he used to acquire landed properties in Abuja.

Maina had earlier spent over seven months at the Kuje Correctional Center before the court released him on bail on July 24, this year, after Ndume agreed to stand surety for him.

However, the trial was halted, as Maina failed to appear in court, a situation that caused the court to order Ndume to produce him by all means.

Failing to produce Maina, Justice Abang ordered that the Borno senator be remanded in custody.