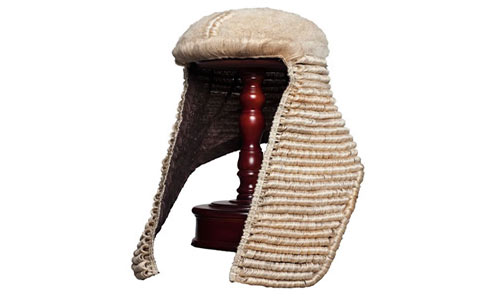 This is pursuant to the resolution of the Body of Benchers at a meeting held 1:30 PM Thursday in the Supreme Court complex, presided over by O.C.J Okocha, SAN, the Chairman Council of Legal Education, Chief Emeka Ngige, SAN, confirmed to ASKLEGALPALACE.

Meanwhile, in a telephone conversation with the Chairman of the Council of Legal Education, Chief Emeka Ngige, SAN, he noted that the approval is subject to some conditions.

It has been approved subject to conditions and the condition is that it is restricted to 1,883 students from the Open University and then, secondly, they will be subjected to 1-year remedial programme at the Law School, the Learned Silk told ASKLEGALPALACE correspondent.

However, he added that the one year programme is targeted at exposing them to some rudimentary laws where they will be taught, they will undergo another round of teaching on the core Law courses: Law of Evidence, Introduction to Nigerian Law, Land Law” among other courses.

Besides, he further stated that any of them that couldn’t pass part one of the Nigerian Law School will go home from there, stressing that their admission to the Law School does not seem absolutely automatic.

Reacting to whether a student who failed can re-apply to the Nigerian Law School, he said it is not possible for such a person to apply again which means that if you fail, you fail out, he said.

However, he noted that the approval was reluctantly made by the Council of Legal Education because there is this feeling that “undesirable elements” are being brought into the profession but they feel that since the National Universities Commission has given them accreditation without the concurrence of Council of Legal Education, that it will not be fair to punish them for relying on a government Agency’s accreditation, so to say.

Therefore, it was stated that the Body of Benchers had resolved that the Council of Legal Education will be liaising with the NUC before accreditation is given to any University.

In another development, he said that the approval is not meant to take effect immediately but until 2022 because of the current set who have been caught by the effect of the COVID-19 pandemic lockdown.

Thus, that there is need for the current batch to leave the Law School before the NOUN Law graduates can be admitted.

ASKLEGALPALACE, recalls that the issue as to why NOUN graduates have been refused admission by the Council of Legal Education (CLE) was raised by the President of the NBA, Paul Usoro, SAN, at the December 2019 NEC meeting of NBA at Abuja

Responding to the issue Chief Emeka Ngige, SAN, said that admitting the graduates of NOUN has been an inherent issue, stating that, ab initio, the Council being conscious of the standard of education, passed a resolution that part-time, evening law programmes and open law programmes is a no case, and therefore students with such educational background cannot be admitted by the Council Of Legal Education into the Nigerian Law School.

However, he said the good news is that the incumbent Director-General of Nigerian Law School, Prof. Isa Ciroma has suggested that NOUN graduates be admitted into BAR PART 1 instead of BAR PART 2.

They will have to run the BAR PART 1 for one (1) Full academic calendar year as in place of 3 months which foreign students use for the BAR PART 1.

He further added that it is when a student has passed the BAR PART 1 that he or she will be admitted to do the BAR PART 2 and failing the exam, means not doing the Part 2 and will have no second chance of rewriting the BAR PART 1

Though some members of the NEC agreed with the decision of the Council of Legal Education, some disagreed saying that one year is too short for students to learn all that they need to learn to be admitted into the Law profession.
Category : Uncategorized
Tags : Body of Benchers National Open University of Nigeria NBC Nigerian Law School
PreviousEhanire: Nigeria Loses $2bn Annually to Foreign Medical Tourism
NextCourt remands two women, others for alleged kidnap of boy in Kano