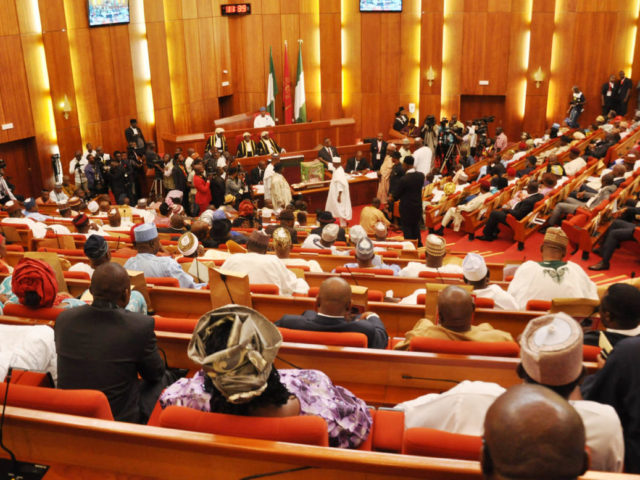 THE Senate on Wednesday raised the alarm over the perennial ocean surge in Aiyetoro community in the Ilaje Local Government Area of Ondo State.

The red chamber, therefore, urged the Niger Delta Development Commission and the Ondo State Government to respond and assist victims in the community.

It also urged the relevant agencies to develop a master plan that would include building of ocean barriers to control flooding and ocean surge in the region.

The upper chamber also urged the Nigerian Maritime, Administration and Safety Agency to visit Ayetoro to ascertain the level of destruction in the community.

It noted that such action would help NIMASA

to proffer solution on how to prevent future occurrence.

It also called on the Oil Producing Companies to assist the community in rebuild some of the infrastructure destroyed by the surge.

The decision of the upper chamber was sequel to a motion by the lawmaker representing Ondo South Senatorial District, Senator Nicholas Tofowomo, on Wednesday.

He drew the attention of the Senate to the need to rescue Ayetoro community from ocean surge.

Coming under Order 42 and 52 of the Senate Rules, the lawmaker in a motion considered on the floor, informed his colleagues that Ayetoro, which was known as Ayetoro floating city in the 1970s, suffered a severe ocean current disaster, which depleted the community, destroyed 308 houses and rendered many homeless.

“We regret also that crude oil exploration companies, which operate around the region with their offices at Ilaje Local Government, have not fared better.”