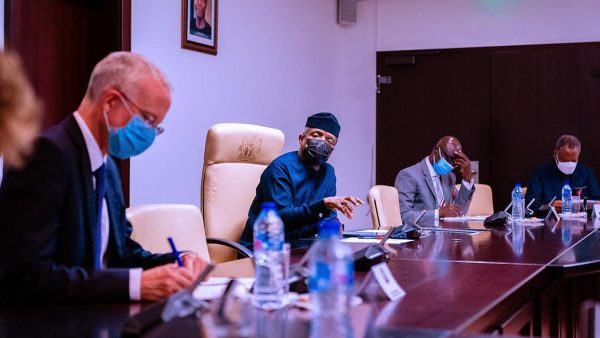 The Federal Government, yesterday, said it was in touch with officials of the British government to present its side of the #EndSARS story.

This comes after the resolution of the United Kingdom Parliament to impose sanctions on some Nigerian officials over their role in the “violent suppression” of the protests.

Minister of Foreign Affairs, Geoffrey Onyeama, told State House correspondents at the end of the weekly Federal Executive Council (FEC) meeting in Abuja that it was not within the purview of the legislators to impose restrictions but added that it was necessary to espouse Nigeria’s position for an informed decision.

He said: “The UK government has been briefed. There was a UK parliamentarian meeting and the UK government, which acts for the United Kingdom, has also heard the side of the (Nigerian) government regarding everything that has happened.

“So, we have been in touch with them and engaging them. As in every democracy, members of parliament are also able to air their views.

“What is important is that a balanced picture is made available to them before they take any decision.”

On his meeting with southeast governors and stakeholders in the aftermath of the demonstrations, Onyeama submitted: “southeast governors are committed to creating victims funds to compensate them. They are also to engage more systematically with the youths to address the agitations and come up with a number of proposals to see to better funding of the police and other security agencies.

“They were also very keen to ensure and guarantee the safety of all Nigerians living within the zone and also thanked the other parts of the country for ensuring the safety of those from the South East.”

HOWEVER, the Peoples Democratic Party (PDP) has applauded the bold move by the British lawmakers.

It also urged the United Nations and other international bodies to “immediately list indicted officials of President Muhammadu Buhari’s government for the widespread crime against humanity going on in our country in the last five years.”

The party, in a statement yesterday by its National Publicity Secretary, Kola Ologbondiyan, urged the UK government to extend the proposed sanctions to include “freezing of assets and funds belonging to such officials and their families in the United Kingdom.”

It added: “We also call on other countries, including United States, France, the United Arab Emirates, and South Africa, to impose similar sanctions against indicted officials of the Buhari administration for human rights violations and crime against humanity.”